Taking another break from war, pandemic & politics. Though again I think our paladins in all of those realms could benefit from my book of fresh tactics, Polemical Judo…

The eeriest news during an eerie month? Was the 1983 Christopher Walken film Brainstorm prophetic? According to a recent report: “After an elderly patient died suddenly during a routine test, scientists accidentally captured unique data on the activity in his brain at the very end of his life: During the 30 seconds before and after the man’s heart stopped, his brain waves were remarkably similar to those seen during dreaming, memory recall and meditation, suggesting that people may actually see their life “flash before their eyes” when they die.”

And fantastic! A team has found the wreck of explorer Ernest Shackleton’s ship Endurance more than 100 years after the vessel was crushed by ice and sank near Antarctica. One of my lifelong heroes.

While I prepare to restore my pastime as a honey beekeeper, it is a good idea to remember that there are other, important kinds of buzzers out there, including the humble (and endangered!) bumble bee! 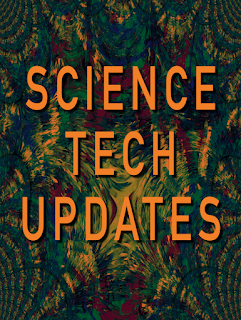 Homes for bees: Bee bricks: In southern England, a new law calls for new-building construction to include special bricks designed for bee nests. Not honeybees but native stingless kinds that also are needed.

Expanding our definition of food: Lobster, once despised, is now a delicacy. The same could happen with insects, this video argues. Useful for space colonies as well.

A bacterium single cell is visible to the naked eye, growing up to 2 centimeters and 5000 times bigger than most other microbes. ‘What’s more, this giant has a huge genome that’s not free floating inside the cell as in other bacteria, but is instead encased in a membrane, an innovation characteristic of much more complex eukaryotes.’

At a recent (zoomed) CARTA conference, Mark Moffett of the Smithsonian gave a talk: “Ants and the Anthropocene” that suggests humans aren’t the only species who are aggressively altering the planet. Kneel down anywhere in California or the south of France or a hundred other places and you’ll see Argentine ants (AA) who hitchhiked on human transports, then expanded to extinguish almost all native ant species, in part by making super-colonies who cooperate in taking over the land. Fire ants, who have done the same thing in the US south, coincidentally come from the same Argentine flood basin! They became so ferocious amid millennia of fights in one spot, And now the battle of two rival species is worldwide, including fire ant infestations in California. There are some exceptions to Argentine ants’ super cooperation. California actually has five super colonies and they battle incessantly, with one boundary just a few klicks from our home!

Might a solution be as simple as a virus that changes and randomizes the scent signatures of these super colonies?

Despite so many deaths (almost a million in the U.S. alone), this pandemic was mild by sci fi standards, and may be looked back-upon as more of a live fire ‘drill’ that left us better prepared for the real thing. The stunning speed with which half a dozen different vaccines came forth must be daunting to any villains out there, planning bio-war. Indeed, the U.S. Army’s entirely new vaccine may be the future. Apparently it offers 12 sites to attach any antigen stimulant you want. And thus could simultaneously immunize vs, all known coronas, including those responsible for half of all common colds.

Oh, and the pandemic also made clear which of our neighbors are stark-jibbering-loony science-hating cultists. Our earlier notion that they can be talked into reason was revealed as a mad delusion, in its own right. Though I believe there are polemical tactics that could peel away just enough to make a gig difference, this November.

Scientists have gained new glimpses into how our brains lay down memories – which could shed light on memory disorders such as Alzheimer’s disease.

Researchers have calculated that lead exposure from car exhaust shrank the IQ scores of half of the American population. But it would have been far worse, except for the campaign circa 1970 to overcome massive trog resistance and ban lead from most gas. I was involved.

Superdeterminism? Does quantum mechanics rule out free will?

Wow. A unified genealogy of modern and ancient genomes: “We present a unified tree sequence of 3601 modern and eight high-coverage ancient human genome sequences compiled from eight datasets. This structure is a lossless and compact representation of 27 million ancestral haplotype fragments and 231 million ancestral lineages linking genomes from these datasets back in time.”

More than 350 blind people around the world with Second Sight’s implants in their eyes, experienced a miracle of partly restored vision, only to now find themselves in a world in which the technology that transformed their lives is just another obsolete gadget that (unsupported by the now bankrupt company) may fail at any moment. “Neural implants—devices that interact with the human nervous system, either on its periphery or in the brain—are part of a rapidly growing category of medicine that’s sometimes called electroceuticals. Some technologies are well established, like deep-brain stimulators that reduce tremors in people with Parkinson’s disease. But recent advances in neuroscience and digital technology have sparked a gold rush in brain tech, with the outsized investments epitomized by Elon Musk’s buzzy brain-implant company, Neuralink. Some companies talk of reversing depression, treating Alzheimer’s disease, restoring mobility, or even dangle the promise of superhuman cognition.”

One-fifth. Nearly 20% of cancers worldwide are caused by a virus. These viruses don’t cause cancer until long after they initially infect a person. Rather, the viruses teach the cells they take over how to escape the natural biological process of cell death. This strategy sets these altered cells on a path for other genetic changes that can cause full-blown cancer years down the road..All known viruses can be categorized into one of 22 distinct families. Five of these families are called “persisting,” because once a person is infected, the virus remains in their body for life. One example is the herpes virus that causes chickenpox in children and can reappear later in life as shingles. This ability to survive over the long term helps the virus spread from person to person.

There are seven known viruses that can cause cancer. Five of them are members of persistent virus families. The human papillomavirus, commonly known as HPV and known to cause cervical cancer, is in the papilloma family. The Epstein-Barr virus, which causes Hodgkin lymphomas, and the Kaposi’s sarcoma-associated virus, are both in the herpes family. The human T-lymphotropic virus, which can cause a type of leukemia, is what’s known as a retrovirus. And Merkel cell polyoma virus, which causes Merkel cell carcinoma, is in the polyoma family.  All five of these viruses contain genetic code for one or more proteins that teach cells how to avoid cell death, effectively immortalizing them and promoting cell growth. The cancer cells that develop from these oncogenic viruses all contain their original viruses’ genetic information, even when they appear years after the initial infection.

And if all of that sounds familiar to some of you who have read my story “Chrysalis” in my Best of Brin short story collection, well, I only predict the future, I don’t make it happen.

All of which… plus Covid… reminds me to periodically offer up this song from 1979’s Unpacking the Eighties (on NPR).

Back in the Pleistocene,
When we were still marine,
a virus launched a quest,
to be the perfect guest
And re-arranged our genes.

So to this very day,
Whether you grok or pray
all your inheritors
count on those visitors
And what they make you pay.

Now I know your body’s burning,
But don’t give up the ghost.
Tiny viruses are turning you
Into the perfect… host.

(More verses in comments … and yes, I made up one of the verses, myself.)

Finally…. Is anyone interested in reviewing an advanced copy of a book about how our human senses change as we age? By an old college chum of mine. See 1st comment, below.