Dismayed by rumors of war? I’ll try to distract with a dive into longer term hopes and existential threats. Fair?

Still, let me pause to note that exactly 79 years ago today, Soviet (mostly Russian) armies liberated Kharkov (now Kharkiv) from Nazi occupation. It was a highwater moment for that winter offensive which started with the victory at Stalingrad and brought Russian tanks to the banks of the Dnieper. The river that V.Putin clearly wants to serve as the new border with a rump and castrated Ukraine…

… moreover there are many ‘war fronts’ less mentioned in the news. Like this month’s possible final swallowing by Russia of all but figleaf independence for Kazakhstan. Or threats to the world’s subsea fiber cables below and satellites overhead. Or hints of a surreptitious struggle of Cool War, for which the “Havana Syndrome” might be the iceberg’s tip. (See Jim Benford interviewed about it, on tonight’s (Sunday’s) episode of 60 Minutes.) Indeed, a year of retaliatory counter-strokes may (one could hypothesize) underlie Mr. Putin’s apparent, frantic state.

And while what follows is a segue into today’s main topic… do note the overlap.

The recent Hunga Tonga-Hunga Ha-apai undersea volcanic eruption sent plumes of ash and dust 30 km into the atmosphere, causing tsunami warnings along the Pacific coast, severing communications lines… as we await news of the full effects on island nation of Tonga. See the stunning before and after photos.

And yes, I talk about Her power, in Earth.

The island nation of Tuvalu is looking at legal ways to be a state if it is submerged in an era of rising sea levels. In fact, I know exactly how to do this and depict it in my novel Existence. Happy to consult if they get in touch. The fundamental baseline for such nations is… a law firm.

Meanwhile, as rising sea levels threaten low lying lands, millions of inhabitants may be displaced over the next few decades. Researchers in Bangladesh have seen some success in seeding oyster-encrusted reefs as a living defense against coastal erosion. Though how could anything be more ironic than the fact that is is the Olde Confederate South that is the US region most threatened by climate change?

Progress on the environmental front. France just banned all 5 of the neonicotinoid pesticides that researchers are blaming for collapsing bee populations. The move follows the European Union’s ban of  the three worst offenders — clothianidin, imidacloprid and thiamethoxam — in crop fields starting last month. Studies have shown that neonicotinoids cut bees’ sperm count and scramble their memory and homing skills.

Also bees can develop a dangerous addiction to the insecticides, much like smokers for nicotine. The ban is celebrated by beekeepers and environmentalists. I am in one category and hoping to return to the other soon. And hoping my neighbors will stop spraying these noxious, harmful poisons, soon. Bees! 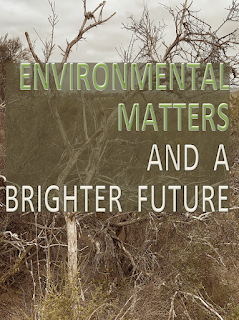 Okaay, this seems weirdly – even sfnally – related to how we started this posting. I hope hunger and sex can overcome this allure:

Brown crabs seem to have an odd attraction to underwater power cables. The cables for offshore renewable energy emit an electromagnetic field which attracts the crustaceans and causes them to sit still. Researchers even found that exposure to higher levels of electromagnetic field strength changed the number of blood cells in the crabs’ bodies. Or else they may join the next story…
Community member Timothy Bruening notes: “The and Wildlife Service is declaring 23 species extinct! We should urge Biden to have some sort of big, splashy memorial service for those 23 species! I envision 23 stones, each with a name of the extinct species.  The purpose would be to draw attention to the climate change crisis.  How is this for Judo?”

Next item? If this works, it could be among the biggest Earth-savers since solar cells and LED light bulbs. In its first investment into the lab-grown meat space, the USDA awarded $10 million to Tufts University to establish the National Institute for Cellular Agriculture. Rapid advances in lab grown meat.

Essential to food security, urban farming doesn’t have to be horizontal. The 51-story Jian Mu Tower built in Shenzhen will contain offices, a supermarket, and a large-scale farm capable of feeding up to 40,000 people per year.

As depicted in Existence.

There is absolutely no ‘lion king.’ It’s an important observation in light of 6000 years of propaganda that monarchy/oligarchy/aristocracy are ‘natural.’

In fact, Nature herself does not like pyramids of power. In natural ecosystems, there is no lion king! Lions may be top predators, but they live in fear of roaming bands of young male cape buffalo, who hunt and corner and kill unwary lions and trample their cubs, an event that grows more common if lion populations rise too high.

Now we see documented the same thing in the oceans. The ‘top predator’ orcas are often thwarted by big, tough humpback whales who smack orcas with their long pec fins to protect not only smaller humpbacks, but grays and even seals!

That this pattern has been so persistent and consistent, across every past and present complex system for a billion years, is demonstrated time and again by Multilevel Selection (MLS) Theory, which partitions natural selection into within- and between-group components. It means that the universe is filled with realms that within seem fiercely competitive…

…but when the competition has a chance to form complexities, higher orders appear that seem cooperative. And it is an observation that would be AI-lords would to well to note.