As this goes online, Bitcoin and other cryptocurrencies are in apparent price-freefall. This posting – prepared over a month ago – will not discuss the recent coin market meltdowns. Still, it seems a good moment to offer some light on one aspect.

First, I actually know a little about this topic. I’ve consulted with a number of companies, agencies, etc. about the blockchain era. More generally, about the conceptual underpinnings of “smart contracts” and the eerie, free-floating algorithms that were long-predicted by science fiction, but have become reality, as we speak. (Yes they are out there; some may be living right behind the screen you are looking at.)

One topic generating excitement – though the notion has been floating since the 1990s – is that of Decentralized Autonomous Organizations, or DAO, which are portrayed in many novels and utopian manifestos as a way for humans (and their helpers) to bypass sclerotic legacy nations and codger institutions with self-organizing action groups, using NFTs and Blockchain tokens to modernize and revitalize the concept of guilds — global, quick, low-cost, boundaryless, open and inherently accountable. Bruce Sterling wrote about this notion in the last century (as in his novel, Heavy Weather) and other authors, like Neal Stephenson (Cryptonomicon), Karl Schroeder (Stealing Worlds), as well as Cory Doctorow (Down and Out in the Magic Kingdom), Annalee Newitz (Autonomous), and many others roam this conceptual landscape with agility!

To a large extent, versions of DAO thinking underlie moves by nations like Estonia (or “E-stonia”) to modernize democracy and public services. Also spreading widely is the related notion of Citizen Assemblies.

But today I want to focus now on just one aspect of this brave new world: whether DAOs can find a middle ground between autonomy and accountability, by self-policing to reduce bad behavior by predators, while retaining their better, freedom enhancing traits.

This is an important topic! Because major legacy nations like China are already stomping hard, using as justification the way cryptocurrencies do empower the very worst of parasitic human criminals. That justification might be reduced or eliminated if DAOs or blockchain communities could find a positive-sum sweet spot, cauterizing predators while preserving their role as gritty irritants, creating pearls of creative freedom.

Although there is no way to “ban” crypto currencies in general, there is an approach to making them much more accountable to real life law.

Let’s start with an ironic fact. Blockchain-based token systems are not totally secret!

Yes, they use crypto to mask the identity of token (coin) holders.  But those holders only “own” their tokens by general consent of all members in a communal ‘shared ledger’ that maintains the list of coins and which public keys stand ready to be turned by each owner’s encrypted keys. In that sense it is the opposite of ‘secret,’ since the ledger is out there in tens of thousands of copies on just as many distributed computers. Attempts to invade or distort or corrupt the ledger are detected and canceled en masse. (The ecologically damaging “coin mining” operations out there are partly about maintaining the ledger.) 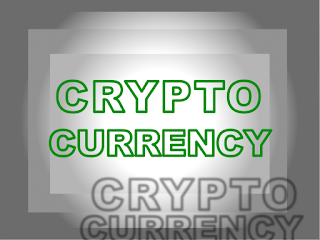 All of this means that – to the delight of libertarians – it will be hard to legislate or regulate blockchain token systems. Hard, but not impossible. For example, the value of Bitcoin rises and falls depending on how many real world entities will accept it in payment. And as stated above, and some governments have been hammering on that, lately.

There is another way to modify any given blockchain token system, and that is for the owners themselves to deliberate and decide on a change to their shared economy… to change the ledger and its support software.  No one member/owner can do that. Any effort to do so would be detected by the ledger’s built in immune system and canceled.

Only dig it, all such ledger-blockchain systems are ruled by a weird kind of consensus democracy. While there is no institutional or built in provision for democratic decision making in the commons – (Satoshi himself may have back doors: a separate topic) – there is nothing to stop a majority of bitcoin holders from simply making their own, new version of the shared ledger and inserting all their coins into it, with new software that’s tuned to less eagerly reward polluters and extortionist gangs.

Oh, sure, a large minority would refuse. Their rump or legacy Bitcoin ledger (Rumpcoin?) would continue to operate… with value plummeted as commercial and government and individual entities refuse to accept it and as large numbers of computer systems refuse to host rump-coin ledger operations. Because at that point, the holdouts will include a lot of characters who are doing unsavory things in the real world.

There are vernaculars for this. Indeed it has been done, occasionally, in what are called soft and hard ‘forks.’

A “fork,” in programming terms, is an open-source code modification. Usually, the forked code is similar to the original, but with important modifications, and the two “prongs” comfortably co-exist. Sometimes a fork is used to test a process, but with cryptocurrencies, it is more often used to implement a fundamental change or to create a new asset with similar (but not equal) characteristics as the original.

With a soft fork, only one blockchain will remain valid as users adopt the update. Whereas with a hard fork, both the old and new blockchains exist side by side, which means that the software must be updated to work by the new rules. But the aim is to render the old code so obsolete and so widely spurned that it ceases to have any use to anyone.

As an example: Etherium did a fork when about $100 million worth of coins (that would now be worth tens of billions) was tied up in a badly written smart contract that a hacker was stealing. The community decided to kill that smart contract showing that immutable blockchains can change if 50% +1 decides to change it.

If you squint at this, it’s really not so radical.  (Don’t even ask about the blockchain “spork!”). It is just an operating system upgrade that can only occur by majority consent of the owner-members of the commune.  As pioneered at the famous University of Fork… or…

And so the stage is set to ‘regulate’ in ways that leave the potential benefits of blockchain – self-correction, smart contracts and the like – alone while letting system users deliberate and decide to revise, a trait that should be possible in any democratic or accountable system.

Now, is there a way to use a Grand Fork to change the insane approach to coin “mining” so that ledger maintenance can be achieved without encouraging planet-killing pollution and waste?

The concept that I called equiveillance or look-back accountability, in The Transparent Society – and Steve Mann called sousveillance – is labeled “inverse surveillance” by members of the Asimov Institute, in Holland. “How can we use AI as a Panopticon to promote beneficial actions for citizens by organizations?” A proof of concept was explored in a 2021 hackathon.

Well well. These are harder concepts to relate than they might think, I know from experience! Yet they are fundamental to the very basis of our kind of civilization.