Through my nonfiction book The Transparent Society, I wound up playing a niche role in our crucial ongoing debates over freedom, privacy and the Information Age. It’s an odd niche – speaking up for the cleansing and liberating power of light in our fragile Enlightenment Experiment – but alas, with a few exceptions, this niche was and remains almost completely unoccupied. Even the great paladins of freedom at ACLU and the Electronic Frontier Foundation and well-meaning ‘privacy commissions’ in Europe prove clueless when it comes to fundamentals. Like:

Transparency is not only the one effective way to defeat cheating and despotism by elites… it is also the only ultimate way to stymie bullying and loss of privacy among 8 billion human beings.

How is this principle so hard to grasp? Reciprocal Criticism Is The Only Known Antidote to Error – the most basic underpinning of everything we know and cherish from liberty and tolerance to competitive-creative arenas like markets, democracy, science, courts and sports. In fact every ‘positive sum’ system that we have relies upon it! Yet, that simple fact appears to be conceptually so counter-intuituve that it is almost-impossible to explain, after 25 years.

Alas, I’ve learned that whining about it won’t be persuasive. So, let’s switch to recent examples from the news.

== Encouraging news… though it will take a lot more than this ==

First, a victory for our hope of human survival and justice:  “A massive leak from one of the world’s biggest private banks, Credit Suisse, has exposed the hidden wealth of clients involved in torture, drug trafficking, money laundering, corruption and other serious crimes.”

…and that it will never be enough to truly shred (with light) the worldwide networks of cheaters. Indeed, that danger to them is likely one reason the cheater-mafias all seem united now, in desperate moves to quash democracy and rule-of-law. And boy are they desperate, it seems!

There here are the mega yachts. OMG the Russian oligarch mega and giga-yachts being seized almost daily amid the rucxtions of war in Ukraine. The amount of former Soviet state wealth that supposedly belonged to the Russian People, that was expropriated (stolen) by many of the commissars who had been mere managers under the USSR, who spent their formative years reciting Leninist-egalitarian-socialist catechisms five times every day… 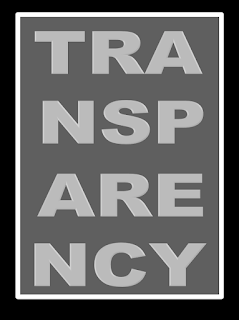 For every spill like these, there are likely ten that the oligarchs just barely manage to quash, just in time, “phew,” through murder, blackmail, bribery etc. Like the Epstein Files, or the Deutsche Bank records, or David Pecker’s safe… or a myriad other potentially lethal-to-aristocracy revelations that explain why the distilled chant every night on Fox amounts to: “Don’t look! No one should look at us!”

And yes, the one thing that Joe Biden could do, to smash this worldwide mafia putsch, would be to appoint a truth commission to recommend clemency for blackmail victims who come forward!

== Others weirdly calling for transparency ==

One prominent, dour Jonah-of-Doom, Nick Bostrom, appeals for salvation-via-light in apocalyptic terms via his latest missive about existential threats:

“How vulnerable is the world? – Sooner or later a technology capable of wiping out human civilisation might be invented. How far would we go to stop it?”

His only solution, utter transparency to a degree I never recommended, via a total panopticon in which all potential extinction devices are discovered before they can be deployed! Because all is seen by all, all the time. A bit preferable over Orwell’s top-down despotic surveillance. But under such a simplistic version of transparency, yes, privacy is extinct. So will be most forms of non-conformity.

(If I just sounded critical, let me add that I agree with him about most things! Except the pessimism part… oh and the incessant implication that “I invented all of these ideas!!”)

Yes, there really is only one path out of these messes – through the cleansing power of light.

And yet, I am convinced it does not have to go full-panopticon! Not if a few social trends continue, as I have described elsewhere. Still at least Bostrom points in the right general direction.

And the fact that so many elites reflexively oppose it means that they are far, far less-sapient than their hired sycophants flatter them into believing.

Re: my ‘classic’ article “Why Johnny Can’t Code”, here’s a 10th anniversary video look back at the Raspberry Pi by its creator, who nicely describes the BASIC PC era, similarly to my essay (but British) – exactly nailing the watershed when learning to code devolved into sifting eye candy.

And now the top tech companies seem to be conspiring deliberately to keep kids lobotomized from digging in the guts of programming. Why on Earth would they perfectly act together in such a way that ruins their own seed corn supply of bright programmers?

I used to ask that question a lot in speeches at Sili Valley corporations. Their response? To solve (very cheaply) the problem?

Naw, I am just invited to speak there less.

New polls show that Facial Recognition is supported by a majority of Americans: “Zogby’s polling found that three-in-four residents in Massachusetts and Virginia see law enforcement use of facial recognition as appropriate and beneficial. A large majority of residents of both states supported its use for finding missing children, prosecuting sex offenders and traffickers, finding endangered adults, investigating criminal activity, apprehending and prosecuting violent offenders and drug traffickers, and identifying individuals on a terrorist watchlist at public events.”

Surprised? Well I reiterate. The solution is not – not! – to try – in utter futility – to ban such tech.

Seriously? Name one time when that worked? Or when elites ever let themselves be blinded?

Robert Heinlein said the chief thing accomplished by such bans is to “make the spy bugs smaller.”

The flaws in facial recognition (like racial bias) that folks complained about were FOUND and criticized and incrementally corrected precisely because the systems were visible to critics, not driven into dark shadows.

Criminy, why is the obvious so counter intuitive? Within five years Facial Recognition will be a phone app that you take for granted. So why choose such a technologically doomed hill to die upon? Pick your battles!

We must fight against Orwellian dystopias in the only way that ever worked, by increasing flows of light, especially upon the mighty. Looking back at power.

Stripping the mighty naked and telling them to get used to it.

A Parable About Openness: Some think that the first part of this posting (an excerpt from The Transparent Society) is among my best writing. A little fable about the ongoing battle for enlightenment.

Also… XKCD almost perfectly captured a fact about so-called “UFO” so-called “sightings” that I’ve been making for 40 years. There are about a MILLION-x as many active cameras on Planet Earth than there were in the 1950s. Those poor alien teaser guys have to work harder every single year to keep their ships fuzzy! https://xkcd.com/2572/

(Aside: if you believe these UAP ‘tictacs’ are super-duper alien ‘ships,’ maybe you should look at this.)

Also a really good XKCD about texts you don’t want to see: https://xkcd.com/2544/

And another good one about viruses: https://xkcd.com/2535/

Finally… one of the best capsule summaries of the ten top logical fallacies… though like Mel Brooks I think there oughta be 15!  (No provenance, alas, sorry.) 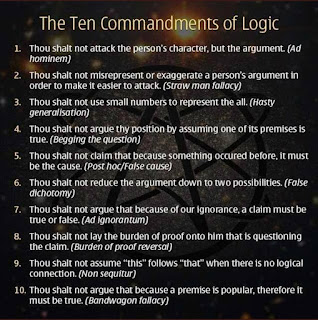