Diverting attention from rumors of war… and even Cool War scenarios predicted by our genre, (ignored by today’s press), let’s dive into aspects of the state of science fiction today.

First announcing: I am pleased to be a guest speaker and teacher at the 2022 Odyssey Writing Workshop for rising authors of science fiction and fantasy! Six scholarships available; application deadline is April 1. And I again I offer free advice for rising authors on my website.

And here are eight books about what it means to be human, including Sarah Galley’s The Echo Wife, Mur Lafferty’s Six Wakes, Ishiguro’s Never Let Me Go, as well as Kiln People: “The plot hits all the high points of a standard P.I. pulp novel in an entertaining way, but to me the fun part is the way Brin wrestles with the morality of creating armies of sentient creatures whose only hope in life is to live long enough to contribute a few memories back to their creators.”

== Does greater acceptance of SF threaten it? ==

Should we be both pleased and worried that science fiction is now in very good odor, in the literary-arty communities?

Until very recently, the New Yorker and Harpers and The Atlantic would regularly run hit pieces dissing the genre! Now, hardly a month passes without them – and NPR – doing SF roundups or glowing reviews! (Such as this recent New Yorker one on K.S. Robinson.)  Is it related – or coincidence – that similar grand toutings of SF pour across media centered in Beijing?

I do not draw simplistic conclusions. There are many factors. I’ll only posit that SF has always been the genre most-welcoming of diverse creators of impudently questioning art. Its continued work, pioneering that trend is a central feature and pride.

What I will do is announce to Worldcon voters that I have two series of YA or Young Adult novels that qualify for consideration for for the Hugo Awards. Nominations are now open, to be given at the much anticipated World Science Fiction Convention, Chicon,

These two optimistic and enthralling YA series are also eligible for SFWA members to consider for the Andre Norton Nebula Award for Middle Grade and Young Adult Fiction!

In the “Out of Time” series only teens can teleport through time and space! Dollops of fun, adventure… and optimism for a change! Out of Time novels so far have been written by SF legends Nancy Kress and Sheila Finch along with newcomers October Santerelli and Patrick Freivald, emphasizing diversity, progress, adventure, friendship, courage and hope.

In my more personal YA series…The Colony High series… aliens kidnap a California high school and come to regret it!

SFWA members — and Hugo nominator-members of Worldcon — write to me and I will happily send over all five published novels in the Out of Time series. And more are in the queue, by a diversity of young talents!

“We need more parables of what’s possible.“ So begins a list of novels that portray humanity rising to meet ecological challenges, instead of just wringing hands in despair. An excellent compilation in Forbes! I feel in good company. Guess about-which book the following is said?

“A large cast of colourful and carefully outlined characters help us navigate a world where the planet’s days are numbered. An artificial black hole has fallen into the Earth’s core, prompting a story that addresses issues including endangered species, global warming, climate refugees and how we adapt and still find adventure. Woven into its pages are many predictions, many of which – tablet computers, sea level rise, eyeglass cameras – have already come true…” writes Solitaire Townsend of Earth.

Meanwhile, an interesting essay and reading list on The Strategy Bridge site appraises how useful and liberating science fiction can be to the strategic thinker. The authors touch upon several topics I explore in Vivid Tomorrows: Science Fiction and Hollywood, such as the role of dire warnings in helping prevent bad things (like nuclear apocalypse) but also the role SF can play in offering scenarios for hope and positive outcomes:

“Reading science fiction nurtures hope that there is a better future. While conflict, catastrophe, and climate change feature in many of these novels and movies, much science fiction is highly optimistic in nature. Uplifting stories of positive futures—or of hope and agency in the face of dystopian futures—fill national security professionals with optimism that we can drive our services to make positive possibilities happen.

“… Science fiction permits individuals and organizations to nurture innovative thinking without running afoul of organizational cultures. Because it is fiction it does not interfere with current policies, providing a safe place for ideas that do not threaten current institutional rice bowls—but they might and should in the future.”

While I might have suggested some additions and changes to the suggested reading list, it is nevertheless a very good sign that leaders in so many sectors of life – including defense – now understand the importance of the literary genre that contemplates change.

In Mashable, Chris Taylor offers an exceptionally cogent comparison of the recent hit Station Eleven (based on the novel by Emily St. John Mandel) to The Postman and much else in the post-apocalypse genre. This Mashable review is interesting in its discussion of what it might take to bring down civilization with, say, a virus. And how our Covid Trauma was so vastly milder than any pandemic of science fiction. And even at worst, a mere plague seems unlikely to do the job, all by itself. I do quibble over one thing, though… 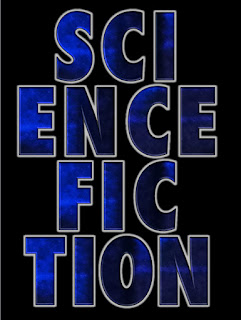 … that in The Postman the fall was not ONLY due to nuclear war. That calamity merely slays 70% or so. But it does wreck our deeply competent institutions, so we become vulnerable to a triple whammy of following blows – disease and climate chaos… and finally onslaught by waves of ultra right-wing militias, bent on recreating feudalism… what the worst males always have done, in rocky times.

That it would take all four to blast everything down was a key point to my story, because I always deemed ‘single failure’ apocalypse tales to be simplistic, under-rating our civilization’s inherent resilience.

And so, in a way, I suppose I agree with Mr. Taylor. We are much, much tougher than the romantic extremes of far left or entire right say we are. At least… we had better be.

We already have plenty… but if you are both a video game player and a reader of fine SF novels, it would be a favor to write to me with any specific overlaps you spot between The Postman and the hugely lucrative game Death Stranding. Specifics in the details, please. We already have a pile, plus dozens of published reviews commenting on the overlaps of themes and plots.

Advance order this short story collection: The Best of Harry Turtledove. It’s coming out in April from Subterranean Press. Sub press is on a roll! I’ll post about this. Six months ago they did The Best of David Brin stories… my best stuff!

A pretty good list of “the 20 best apocalypse novels.” Though with some inaccuracies. Like 1997 was the year of the Postman movie, not the 1986 novel. Still, you can do worse in picking beautifully depressing (or in a couple of cases inspiring/elevating) winter reading.

Tales From The Bridge: All Things Sci-Fi: Episode 23: A Conversation with David Brin. A pretty good recent interview about SF trends and SETI and METI and the future and whether we’re going to save the worlds ourselves.

At times I get to announce fine new authors who get overlooked by the righteously narrowly-focused SF community and media leaders of this decade. I was pleased to praise Sue Burke’s Semiosis, a few years back, which boldly used a sequence of varied character-novellas to trace centuries of human adaptation to a planet whose top, intelligent life forms are plants.

Last year I praised The Last Human, by Zack Jordan, set after our species terrified the galaxy and went deservedly extinct, as an indomitable girl and her unlikely foster mother navigate a hugely diverse civilization seemingly determined to finish the job.

Now another – Run Lab Rat – impressed me with the sheer vigor of its extrapolation of human augmentation, a topic I’ve been talking a lot about lately to fretful leaders in industry, defense and governments.  Shawn Butler’s novel has a dystopian premise… that our children give up on the 250 year notion of inherent equality. But this sets up a better-than-hunger-games plot for its perseverant heroine to overcome.

Oh, another. The thing about Howard Hendrix’s short fiction collection The Girl with Kaleidoscope Eyes, the writing is first rate! But yeah, sure. These truly are sense-a-wonder Analog Stories!