It’s a busy season. Spring is springing with hot ferocity and I am back to giving speeches and consults about The Future, sometimes boarding airplanes and others via video. Including a coming meeting of NASA’s Innovative & Advanced Concepts program – (NIAC).

Which brings us around to science. Yes, amind ructions of war and insurrection and treason against an Enlightenment Experiment that gave us just about everything we have… it’s good to pause, now and then, and realize just how fantastic and wonderful this experiment in reason and equality and reasonableness and acceptance of facts has been to us.

YOU are a member of the first civilization that ever did any of the stuff you are about to read about, below. If you quiver with failure of confidence — or feel tempted by yammerers of gloom — remember that’s what enemies of the Enlightenment want. Snap out of it!

We’re wonderful. And we can solve this. Read examples of just how wonderful we are. Starting now.

For starters, some fun. As a reminder that the future might… maybe… be better, see again the wonderful Arconic advert using The Jetsons.

And that optimistic future is possible, ironically more than ever in these dolorous and insipidly pessimistic times, as solutions keep rising…. if only we can gather the collective and individual will to use them. As described in Peter Diamandis’s book Abundance; The Future is Better Than You Think. Take this very recent example from Peter’s newsletter:

“This past year, the world’s biggest jeweler Pandora announced it will cease to sell all mined diamonds (which are scarce and fraught with environmental and human rights abuses), and switch exclusively to selling lab-made diamonds, which can be abundant and low cost—produced from water, methane, and electricity.”

There are few oligarchic-monopolistic conspiracies more evil than the DeBeers diamond cartel. So this is potentially great news, brought to you by advancing technology.

Though Peter starts with the story of aluminum.

From Scientific American: “In a first, scientists have measured the curvature of Spacetime, ” revealing subtle changes in gravity’s strength.

Until now, reading the electric field of light has been a challenge because of the high speeds at which light waves oscillates. Current methods can clock electric fields at up to gigahertz frequencies— radio frequency and microwave spectra. A Florida research team has developed the world’s first optical oscilloscope:  “Our optical oscilloscope may be able to increase that speed by a factor of about 10,000.” Most earlier methods relied upon interference of waves. Could this be important? Are you kidding?

An amazing helium airship that alternates life as dirigible or water ship. Alas, it is missing some important aspects I could explain… As shown in EXISTENCE.

And the latest ‘flying car” is actually a road-ready flying car.  And yes, I have LONG predicted 2024 as the Year of the Flying Car. Well, for the rich. Along certain licensed limo routes. But yeah.

The dinosaurs’ last season: Apparently we can now tell pretty precisely when the dinosaur-killing comet or asteroid struck. Not the exact year, but pretty much the exact month! “And it’s looking like life on Earth had a really, really bad June.”

And…? Wonderful finds at Tanis, in the Dakotas, show many creatures exceptionally well-preserved who seem to have died suddenly the very day that asteroid ended the era of the dinosaurs. I look forward to the show! Dinosaurs: The Final Day with Sir David Attenborough will be broadcast on BBC One on 15 April at 18:30 BST. A version has been made for the US science series Nova on the PBS network to be broadcast later in the year.

The oldest human family tree – almost 6000 years old – has been reconstructed from genetic analysis of the occupants of a cairn-tomb in England. Researchers discovered that most of those buried in the tomb were descended from four women who had children with the same man. And so, likely, are many of us.

A recent update on the fascinating Antikythera device.

Interesting science on the genes of ancient Egyptians; it will not be welcome in some quarters. They found that the ancient Egyptians were most closely related to the peoples of the Near East, particularly from the Levant. 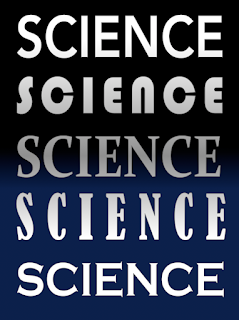 And related to archaeology… alas… “Japan is scrapping their model 700 Shinkansen Bullet Trains that blow away all passenger trains in our entire country! They’re getting scrapped at Hakata Minami depot and replaced by newer N700A and the latest N700S models. And yes, one can imagine the blowback of ‘national shame(!) if the U.S. or just California were to purchase the old ones, with some refurbishment!

But here are answers! (1) The deal could include licenses to produce newer models here. But more important: (2) “By installing these proved and utterly safe trains now, we can invest heavily in leapfrogging to the next level. And you need an existing ‘frog’ to leap over!” And finally: (3) Once these are running, millions will say “Oh! I didn’t get it, before. Now I can’t imagine life without these trains.”

Steve Jobs said Xerox could have owned computer industry.  A great man (modest too.) and a great loss.  But Xerox was not the worst example, nor Boeing nor Kodak. Want the biggest fail of all? In 1993 – the year that the Mosaic web browser came out and a year before the Bezos family started selling books online – SEARS shut down their established, 150 year mail order catalogue. Yes, that very year. I am sure at some meeting some guy mentioned this Internet thing and was laughed out of the room… even though at the time Sears was a 50% owner of Prodigy, with IBM!

By now Sears would have owned the world.

Is there a solution to this kind of myopia, that has shrunk the “ROI horizon” of most businesses from 7 years to 3 months, amid a tsunami of criminal ‘stock buybacks’ that the Greatest Generation wisely banned?

Easy peasy solution. Every undergrad and most grad business majors should be shut down at once. Then allow MBA programs only for those who can show they spent 5 years making a product or delivering a service. And force a harshly winnowed Boeing corporate staff to move back to Seattle.

This is an amazing five-minute video with Steve Jobs–from 1995. The power of visionaries (and competition and innovation and empathy). Read the excellent biography of Steve Jobs by Walter Isaacson. Amazing how he was a very modest fellow.

Noted futurist John Smart has finally finished Book 1 of his two book series, The Foresight Guide, which shows how – philosophically and effectively – one can argue for a universe that propels sapient civilizations toward development and light. A passionately intelligent argument for optimism.

A terrific video about the Antikythera device. Alas, like every other discussion of ancient wonders and technologies, not one person discussed the real question… which is why such marvelous methods were lost!

You know my answer. Secrecy.

There’s a mythology that all the tricks of construction used in the Parthenon were cleverly calculated de novo, when in fact it benefitted from lessons learned across 300 years of lesser works. Likewise, the Antikythera machine blatantly was not the first. There had to have been at least a century of buildup and trials and we never heard of it because of … you know.

“We can conceive vaguely of silicon playing the part of carbon, sulphur taking on the role of oxygen, and so forth, in compounds which, at a different tempo under pressures and temperatures beyond our earthly ken, may sustain processes of movement and metabolism with the accompaniment of some sort of consciousness, and even of individuation and reproduction. We can play with such ideas and evoke if we like a Gamma life, a Delta life, and so on through the whole Greek alphabet.

“We can guess indeed at subconscious and superconscious aspects to every material phenomenon. But all such exercises strain the meaning of the word life towards the breaking-point, and we glance at them only to explain that here we restrict our use of the word life to its common everyday significance of the individualized, reproductive, spontaneously, stirring and metabolic beings about us.”

So said the mighty co-inventor of science fiction, almost a century ago. A fascinating read, as he spoke of the ‘likelihood’ of oceans on Venus and canals on Mars. Yet, he also quotes a noted astronomer’s opinion that star-warmed ocean-bearing worlds must be rare in the cosmos.

Well, at the time, James Jeans and others deemed planets to be rare, making the chances for life limited. (That us the core premise behind E.E. Doc Smith’s Lensmen saga.) We now know better. Still, as Wells put it…

“It is limited as yet, but it is still premature of us to define its final limitations. It seems that life must once have begun, but no properly informed man can say with absolute conviction that it will ever end.”

Finally….  So how many various ‘answers’ to the Question of the Great Silence – or Fermi Paradox – have appeared in music? And sure, in film?

One of you (Talin) suggested a contest  for folks to chime in – under comments.

–  David Bowie has one (“He’d like to come and meet us, but he thinks he’d blow our minds”)

Have fun in our lively comment community, below, taking a break from international madness.