While I post daily on social media about the current crises, here on Contrary Brin I try to alternate with content that shows major reasons for optimism. First among these positive trends, of course, is the rising ethical sense of new generations! (I talk about the role of science fiction in generating this shift, here.) Indeed, recent polls show that Vladimir Putin – like Donald Trump over here – is deeply unpopular among younger Russians, helping to explain the tyrant’s sense of urgency.

Time (especially since January 2021) is not on his side.

But coming a close second in the list of humanity’s assets is science! The brilliance of a species that’s genetically no-different than cavemen, but creatures who show daily an ability to question assumptions, honestly measuring them experimentally against objective reality.

These are the fact professions railed-against nightly by shills for oligarchy. So let’s see what they have for us, this time!

A supermassive black hole eruption! “An amazing video shows the radio galaxy, Centaurus A at optical, X-ray, and submillimeter wavelengths from Earth when compared to the Moon as seen by us. It then zooms out to show the enormous extent of the surrounding bubbles that are observed at radio wavelengths. Astronomers have produced the most comprehensive image of radio emission from the nearest actively feeding supermassive black hole to Earth, 12 million light years away. From here the lobes extend 8 degrees wide or 16 diameters of the full moon.” 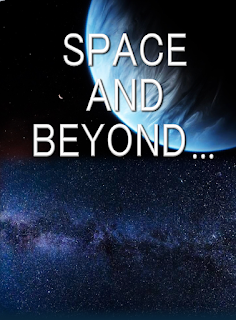 A study of two pulsars validates relativity: Over 16 years, an international team of astronomers has observed the pulsar pair, named PSR J0737−3039A/B, finding that the relativistic effects can be measured in the timing of their pulses – just as Einstein’s General Relativity predicted and expected. Researchers performed seven tests of general relativity, including the way the orientation of the binary’s orbit changes, known as apsidal precession, and the way the pulsars drag space-time around with them as they spin, called frame-dragging or the Lense-Thirring effect.

LISA (Laser Interferometer Space Antenna) will be an ESA-led and NASA supported mission to deploy laser interferometer arrays into an orbit that follows Earth’s, bouncing beams across distances much larger than our planet. European scientists have been working on the concept and testing it for decades. Now we may be ready soon to study gravity ripples vastly more sensitively than the already magnificent (and Kip Thorne-led) LIGO array.

Apparently Earth sits in a Local Bubble with star formation occurring on the bubble’s surface. Scientists have now shown how a chain of events beginning 14 million years ago with a set of powerful supernovae led to the creation of the vast bubble, responsible for the formation of all young stars within 500 light years of the Sun and Earth. A  series of about 15 supernovae that first went off 14 million years ago, pushed interstellar gas outwards, creating a bubble-like structure with a surface that’s ripe for star formation. “Today, seven well-known star-forming regions or molecular clouds — dense regions in space where stars can form — sit on the surface of the cavity.” About five million years ago, the Sun’s path through the galaxy took it right into the region.

And in the ongoing planet-hunt… how about a  moon bigger than Earth that’s orbiting a Jupiter-like planet?

Is the little “death star” moon of Saturn – Mimas – now on our list of ‘IWOWs’ (interior water ocean worlds)? Ocean worlds identified in the Solar System so far with reasonable certainty are the major moons Europa, Enceladus, Titan, Ganymede, and Callisto, with Triton, Pluto, Ceres, Miranda, Ariel, and Dione deemed quite possible… Mimas would almost make it a clean dozen in just our Solar System, making it seem likely that liquid water for potential life abodes might be found near most stars, no matter what lies in any ‘Goldilocks” (habitable) Zone.”

Of course Titan is by far the most-interesting! But Ceres? No tidal heating there! But there are other potential sources of heat.

Water on Mars! As much as 40% of the near-surface material inside the bottom lands of the Valles Marineris “grand canyon of Mars” may be water. Most earlier discoveries detected the substance crucial to life near the poles of the Red Planet. “”The reservoir is large, not too deep below ground, & could be easily exploitable for future explorers,” read a tweet on the announcement from ExoMars.”  Except…

…except that this also makes that canyon the most likely site on Mars to be set aside by treaty, in case there might be come sort of life, down there.

Moving inward… The mighty Sara Seagar and colleagues present a paper asserting a model of the atmosphere of Venus that predicts the clouds are not entirely made of sulfuric acid, but are partially composed of ammonium salt slurries, which may be the result of biological production of ammonia in cloud droplets.

“As a result, the clouds are no more acidic than some extreme terrestrial environments that harbor life. Life could be making its own environment on Venus. The model’s predictions for the abundance of gases in Venus’ atmosphere match observation better than any previous model, and are readily testable.”  And “Our model therefore predicts that the clouds are more habitable than previously thought, and may be inhabited. Unlike prior atmospheric models, ours does not require forced chemical constraints to match the data. Our hypothesis, guided by existing observations, can be tested by new Venus in situ measurements…”

… calling to mind my novella “The Tumbledowns of Cleopatra Abyss.”

And a reminder that the Nancy Grace Roman Space Telescope will be sent out to L2 in maybe 5 years or so. “Hubble’s sister” will join the Webb out there.  A terrific companion it will be! And if you think it looks a lot like Hubble, there’s a reason for that. Actually a pretty intriguing one.

Of great impact… A new study has found that the mineralogy of the rocks that a meteorite hits, rather than the size of the impact, determines how deadly an effect on the biosphere it will have. Apparently, “meteorites that hit rocks rich in potassium feldspar (a common and rather benign mineral) always correspond with a mass extinction episode, irrespective of size. Potassium feldspar is non-toxic. However, it is a powerful ice-nucleating mineral aerosol that strongly affects cloud dynamics, which makes them let through more solar radiation. This in turn warms up the planet and changes the climate.” Well, so it is asserted. Interesting.

Astrophysicists Release the Biggest Map of the Universe yet: A powerful astronomy instrument called DESI charts millions of galaxies in the night sky. Can it help scientists finally figure out what dark energy is?

Far-out! In another galaxy, a red super-giant (like Betelgeuse) was acting suspiciously and young researchers decided to keep an eye on it for 100+ days, and… paydirt! They were studying it in detail when it became a Type II supernova! The very first time humanity collected lots of data before the big event. Oh, the physics!

… and beyond our fringes…. A team of scientists has spotted upwards of 170 rogue planets in a nearby region of the Milky Way known as the Upper Scorpius OB stellar association (about 420 light years away). This effectively doubles the total number of known free-floating planets—a sign that the total population of rogue planets in our galaxy is huge. Not sure I’d call this great news since it might help explain the Fermi Paradox… that interstellar travel may face a minefield out there.

Have fun in our lively comment community, below, taking a break from international madness.