Anticipating changes for the next few decades… and weeks


Among the points I raise:

Of course, much will also depend upon short-term resolution of current crises. If our systems remain undermined and sabotaged by incited civil strife and distrust of expertise, then all bets are off.

== The pertinence (again) of transparency ==

When they hear the “T-word” so many dive into fretting about the spread of ‘surveillance technologies that will empower Big Brother.’ These fears are well-grounded, but also utterly myopic. I recall what Ulysses Grant said to Union generals who were in a froth over Robert E. Lee’s next moves.

First, ubiquitous cameras and facial recognition are only the beginning. Nothing will stop them and any such thought of ‘protecting’ citizens from being seen by elites (e.g. billionaires or the police) is stunningly absurd, as the cameras get smaller, better, faster, cheaper, more mobile and vastly more numerous every month. Moore’s Law to the nth degree.

Yes, despotisms will benefit from this trend. And hence, the only thing that matters is to prevent despotism altogether. And only one thing ever did that!

In contrast, a free society will be able to apply the very same burgeoning technologies toward accountability. We are seeing them applied to end centuries of abuse by ‘bad-apple’ police who are thugs, while empowering the truly professional cops to do their jobs better.

Gandhi and Martin Luther King Jr. were saved by crude technologies of light in their days. And history shows that assertive vision by and for the citizenry is the only method that has ever increased freedom and – yes – some degree of privacy. 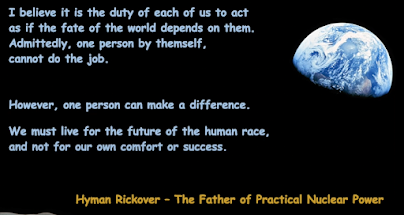 A new type of digital asset – known as a non-fungible token (NFT) – has exploded in popularity during the pandemic as enthusiasts and investors scramble to spend enormous sums of money on items that only exist online. “Blockchain technology allows the items to be publicly authenticated as one-of-a-kind, unlike traditional online objects which can be endlessly reproduced.”… “

In October 2020, Miami-based art collector Pablo Rodriguez-Fraile spent almost $67,000 on a 10-second video artwork that he could have watched for free online. Last week, he sold it for $6.6 million. The video by digital artist Beeple, whose real name is Mike Winkelmann, was authenticated by blockchain, which serves as a digital signature to certify who owns it and that it is the original work.”

On the other hand, a once $2 million image of the world’s first tweet recently resold for $245.000 That’s volatility!  What NFTs fundamentally prove and what we’ve seen with election interference, Russian oligarch yachts and the stoopid-oligarchs subsidies of Fox ‘News’… that the rich simply have too much money. Period.

And when that happens, as Adam Smith himself said, the first thing destroyed is flat-fair-creative-competitive enterprise.

Real time we are awed by several things.

By the doughty endurance, courage and ingenuity of the Ukrainian people.

By yet another example of the topmost lesson from 6000 years of history, that despotism leads to psychotic leader-delusion… in this case endangering all our lives as Ras*-Putin plummets into full panic mode.

That Russians have a long way to go, before they become capable of seeing through the Strongman Hallucination, a version of which also captivates a very large minority of (confederate) Americans.

And much else. But right now this armchair-general wants to conclude with a couple of amateur military observations, in the wake of Russia’s setbacks in the north and at sea:

Even if the disparity is half as great, it relates to the RF’s worst problem. Very soon their troops will be outnumbered in the field. True, most of the new Ukrainian units are recently trained infantry battalions. But they are highly motivated volunteers in truly vast numbers, while the RF has not even dared to call up reservists, yet. Astonishingly, the much larger and more militaristic invader may be outnumbered soon at the front.

The RF retains a huge advantage in mechanized units and artillery. They may yet use them with great effectiveness. But of late a flaw in standard RF Battalion Battle Groups has become clear…. very few mobile infantry patrol flanks to protect the tanks from lurking infantry groups armed with manpads.

Also, large numbers of infantry companies may lurk behind any major blitz-thrust, ready to do partisan tactics. Do not draw hasty conclusions from such thrusts.

Much depends on the weather. If things remain soggy, either the Uks will get time to emplace new units… or RF must rush to use roads and solid ground in narrow channels. There will be a lot of artillery, so dig in, Ukrainians.

* “Ras” means ‘prince” in Amharic/Ethiopian and is a root word for the Jamaican Rastafarianism. In this case it doubles as a comment on Putin’s self-image and his similarity to a past figure he has emulated and should, all the way. Dance your way through this educational song!