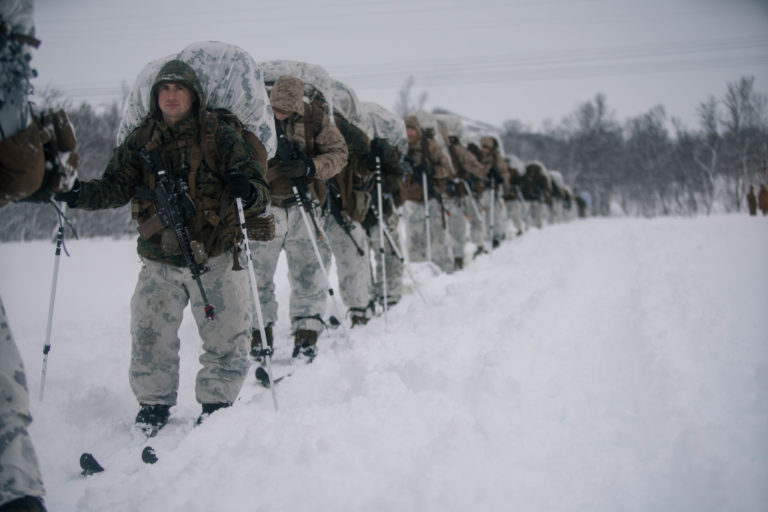 The Pentagon is preparing to deal with climate change in a more serious way than ever before. (File)

WASHINGTON: A new Pentagon strategy calls for the military services and all defense-related organizations — including contractors — to make changes to mitigate potential vulnerabilities from climate change and reduce emissions.

The 32-page report, released Thursday, states that the Defense Department must adapt to a world where military operations, installations and even weapon systems can all be impacted by climate change.

“Climate change is going to be the context of the world that we live in from now on,” Richard Kidd, the deputy assistant secretary of defense for environment and energy resilience, told reporters during a roundtable on Friday. “No entity can opt out of their responsibilities or requirements to take necessary steps in either adaptation or mitigation.”

The strategy lays out five lines of effort, outlining how the Pentagon can incorporate climate change into its future planning and operations.

Perhaps most notably for the defense industry, the department must harden its supply chains to the effects of climate change, the strategy states. One way it can do that is by leveraging its purchasing power to invest in environmentally-friendly technologies like microgrids and power storage systems that can also improve the survivability of the military.

“To remain agile and flexible in responding to changing conditions, actions will include energy demand reduction to reduce logistics requirements and establish metrics and measures for tracking progress,” the strategy states.

The Pentagon will also seek greater transparency from industry on current levels of greenhouse gas emissions and companies’ plans for reduction.

The department plans to target places in the supply chain where it can reduce emissions, while also having a positive impact on operations or resiliency, Kidd said. For example, the Defense Department wants to see more domestic production of batteries used in aircraft, on ships or by dismounted troops, which serves a dual purpose of reducing the vulnerability of the US military to supply chain interruptions in the foreign market.

“By bringing that battery manufacturing onshore to the United States, we significantly reduce the carbon impacts while improving the integrity of our supply chain. And that sort of example cascades out through hundreds of items that we buy or purchase,” he said.

The other lines of effort include:

Kidd said it would be difficult to point to specific increases in funding in the upcoming fiscal year 2023 budget that were made as a result of the strategy, because much of the added money is going to “existing investment streams” such as military construction projects or the acquisition of fuel-efficient equipment.

However, there are several areas the department has identified “that could use some significant increases in [funding],” he said. Kidd declined to elaborate on those needs ahead of the FY23 budget.

Existing efforts such as the Energy Resilience and Conservation Investment Program (ERCIP) — a part of the military construction budget that funds projects that contribute to energy efficiency — and the Readiness and Environmental Protection Integration initiative, which helps avoid land-use conflicts with local areas that could inhibit training, could also receive greater attention in future budgets, he said.