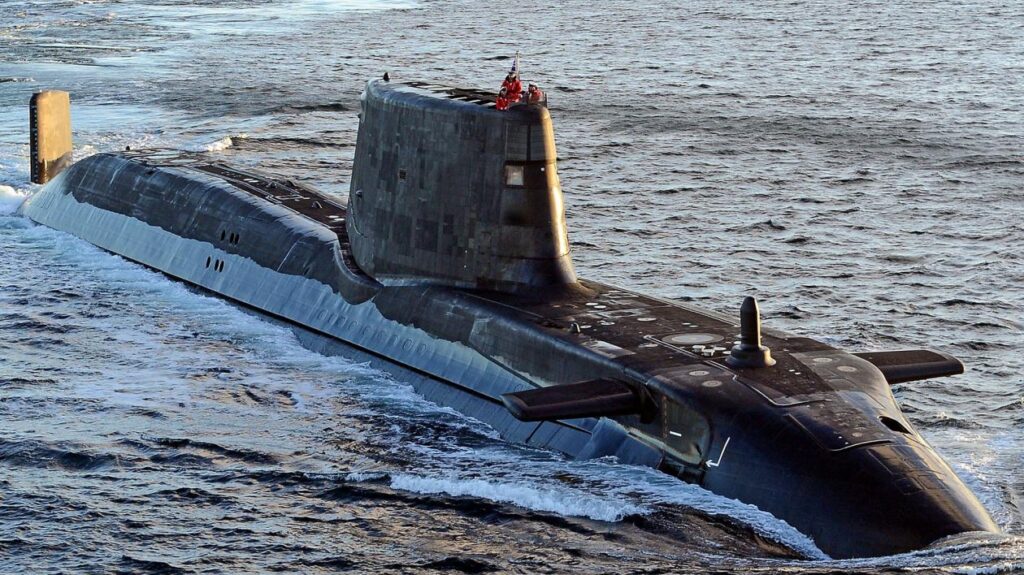 When the United States, United Kingdom and Australia announced their new AUKUS agreement, the major focus was on the path for Australia to acquire nuclear-powered submarines for the first time. But that headline aside, there is much more to the agreement, which could represent a major shift  in Indo-Pacific strategic and military relations for the three nations. Brendan Sargeant, a former Australian defense official and current analyst, breaks down the new order from Australia’s perspective on how it affects relations with the US, China and their strategic position in the world.

The decision to create AUKUS is very consistent with long-standing elements of Australian strategic policy. The first element is partnership with a major power; this will integrate us more deeply into the US strategic and defense system through the alliance. While the UK is also part of this proposal, the extent of their participation and involvement is not clear.

Australia has always pursued a policy of high-technology in capability to compensate for lack of mass. This new agreement is consistent with that approach. The submarine element of the decision is important, but the agreement to actively cooperate on high-technology, across a number of domains, is perhaps of more strategic significance over the longer term. This is an important repositioning in relation to China’s technology development and acquisition strategies. It also marks the territory for competition in the future — cyber, AI, space, etc.

This new agreement will change our relationship with regional countries, though how is uncertain, and much depends on their own positioning in relation to the US-China competition. Countries in Southeast Asia are pursuing hedging strategies, but larger Indo-Pacific countries — Quad-plus — are pursuing strategies of strategic competition. Australia has now firmly put itself in the latter camp.

The Australian government has clearly made a judgement about strategic risk, and has decided that this approach will help mitigate the significant risks. It is a very good indicator of the level and rate of change that we are seeing in the Indo-Pacific strategic environment at the moment.

While not explicitly foreshadowed in the defense strategic update 2020, it is consistent with the policy direction established by that document, which identified Australia’s strategy as “shape, deter, respond.” The decision speaks to these three elements of Australian strategic policy, particularly the shape and deter elements.

This will be an enormous challenge for the Ministry of Defense, and the country as a whole. The Future Submarine project was perhaps the most complex project Australia had ever undertaken. This will be larger and have many more consequences. It brings with it a strategic and diplomatic overhead, and a level of engagement with the US system that the Future Submarine project did not. It therefore embodies a much stronger commitment to a US-led order.

What drove this decision now? There seem to be two factors. One is the nature of the strategic environment. This includes the alliance relationship, the existing US presence in the Indo-Pacific and their level of commitment and capability, as well as a long-established presence underpinned by economic and strategic interests. The French have connections, but not to the same depth as the US and UK. If we are going to commit to a strategic order underpinned by US power, and to a strategy that seeks to shape China’s participation in regional and global security and economic structures, then it makes sense to strengthen the alliance in practical ways and to make strategic commitments that embody that.

The strategic environment is changing very rapidly, and China has shown no inclination to modify its current assertive approach. Through a series of actions over the last decade, China has demonstrated the willingness and the capacity to exercise coercive force through military means, as well as through economic initiatives. In this sense, it leaves little choice for countries that do not wish to live under a Chinese-led strategic order, particularly one shaped by the political culture of the ruling Communist Party.

Now, to the submarines. The Future Submarine project made sense at the time, and of the contenders, it was the best choice. However, it was always difficult to implement.

At bottom, and this needs more investigation, there was perhaps a mismatch between Australian and French cultures which impeded the development of the close working relationship needed for a project of this type. I also wonder whether France really understood the strategic stakes for Australia and the absolute importance of ensuring that it succeeded from day one. The Future Submarine was also a contested decision, and for that reason the pressure to implement was high. The underperformance of the project, at least as reported in the media, would have made a decision to walk away from it easier given the imperatives of our strategic environment. Australia has a mixed record of acquisitions from European countries, and is much more comfortable working with the United States.

Commentators have suggested that the decision to link Australia even more closely with the United States is high risk. From a strategic perspective, the decision makes sense and is broadly in line with long continuities of Australian strategic policy. It embodies a level of faith and commitment to the idea of United States as a security provider and guarantor of the Indo-Pacific strategic order going forward.

However, the United States is undergoing enormous change, and I don’t think the internal debates about its role in the world are in any way settled. So we don’t know how the US will exercise its strategic prerogatives in the Indo-Pacific over the long-term, and Australia has tied itself very closely to US decision-making. This is a strategic risk which future Australian governments will have to manage. I think the US alliance will consume an enormous amount of policy energy in the coming decade. We also don’t know what the future trajectory of China is politically over the longer term.

Brendan Sargeant, the head of the Strategic and Defense Studies Center at The Australian National University’s College of Asia and the Pacific, was Australia’ s associate Defense Secretary from 2013 to 2017. Before that, he was the deputy Secretary for strategy.