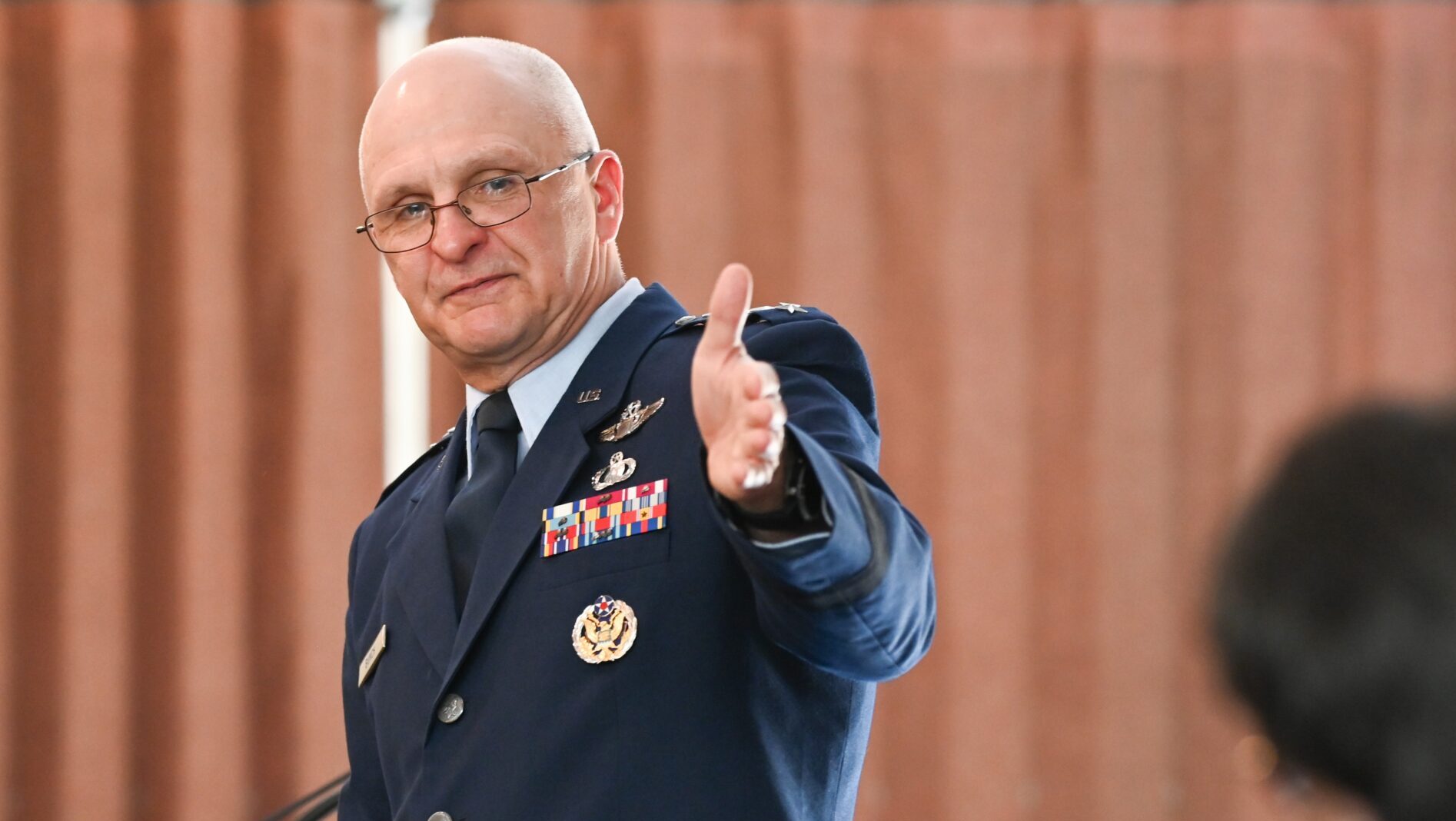 Over the last decade, the Air Force has tried and tried again to retire aging fleets in order to reinvest the money — with little success. At last month’s Air Force Association conference, service secretary Frank Kendall indicated that a renewed push is coming to shut down older fleets. In this new commentary, Air Force Materiel Command head Gen. Arnold Bunch lays out the service’s rationale as it gears up for the upcoming political fight.

For those of us charged with repairing the aging US Air Force fleet, we sometimes feel a bit like Sisyphus, the character in Greek mythology whose plight was to roll a giant bolder uphill. Unless you are on the front lines maintaining these 30-, 40- and 50-year old airplanes, it is hard to imagine the scope of the challenge, from chronic parts shortages to the emergence of new and unforeseen safety concerns.

As we pivot towards the new challenge posed by China and Russia — well documented in war games and in other detailed analysis — we must aggressively modernize our force or risk irrelevance. That means it’s time to make tough choices about the reality that we can no longer afford to keep some of our older aircraft. Or, as Air Force Chief of Staff Gen. CQ Brown puts it in stark but realistic terms: “Accelerate change or lose.”

Many of the companies that made these airplanes are either no longer in business or no longer make the spare parts for them. For example, one engine common to many older Air Force aircraft currently has approximately 1,000 components that require a “cold start” — an expensive and time-consuming process where Air Force sustainment experts find a qualified manufacturer who must learn how to remake parts, the blueprints of which may or may not still exist. To make matters worse, the list keeps growing as the engine ages and the industrial supply chain diminishes. It literally adds months or years to the repair process and has driven our maintenance costs to unsustainable levels.

For many years, we could get by with often-heroic efforts by repair crews to keep our older airplanes flying, but not anymore.

Maintenance costs are crowding out room in the budget to invest in the modern technology we need to meet future threats from China and Russia, both of whom have spent the past 20 years investing in the newest military technologies. Even as the Air Force embraces a number of best practices in our repair depot operations, 11 “legacy” aircraft have experienced significant growth in repair times since 2016. Four of the legacy platforms — the C-5, C-130, T-38, and A-10 — account for 80 percent of that growth. The C-130 alone has increased depot refurbishment workloads in never before seen areas of repair, now requiring an average of 120 days in depot past expected refurbishment timelines — that’s four months BEYOND when the Air Force planned to have the aircraft for important missions.

With that comes increased costs, due to flying these older aircraft well beyond their designed service life, increased repair rates, requirements for repairs never before experienced, and increased numbers of aircraft parts that are unfixable or have no source for repair/manufacturing.  This trend will likely continue until new aircraft are fielded to replace these systems.

To solve this problem, we need to be able to retire older fleets. But we will do it intelligently. Age alone can’t be the deciding factor in which aircraft to retire. No two are the same and the decision on what to retire should be based on the capability each aircraft will provide and the cost of providing it.

We must rely on intelligence, war games and other data to dispassionately determine the answer to: “What capability do we need in tomorrow’s fight?”

For example, the B-52 bomber, a Cold War icon, is one of our oldest aircraft. But we’re modifying it with new engines to address a sustainability shortfall while capitalizing on its remaining structural life, because the B-52’s ability to carry a wide variety of weapons makes it valuable against modern aerial defense systems like those fielded by China and Russia. Other aircraft, such as the F-15C fighter, require too much money to extend their service time relative to the value the platform has in a future fight, so we are retiring it. This is the calculus we need to accomplish for all legacy platforms.

Having worn the Air Force uniform for nearly four decades, I know the danger that maintaining the status quo poses to America’s ability to fight. The growing cost of sustainment means we will suffer in both the readiness of our older aircraft and our capability to counter future threats.

We’re making the hard choices already. This year, the Air Force has again proposed divesting some of our oldest fighters, tankers, transport, and surveillance aircraft. The proposal would save approximately $1.4B to make way for investments the Air Force needs to maintain, and in some cases regain, the advantage. But more choices — painful choices — are going to be needed going forward.

Today’s technology won’t win tomorrow’s fight and there aren’t enough resources to win while maintaining our current fleet. A modernized force is the only way to keep our nation, allies, and communities safe. America can’t afford to wait until a military defeat spurs us to respond, because at that point it will be too late.

In the end, we must ask ourselves: are these legacy systems the ones we want to send our sons and daughters into combat with, against adversaries with more modern and capable weapons?

I would say the answer is obvious.