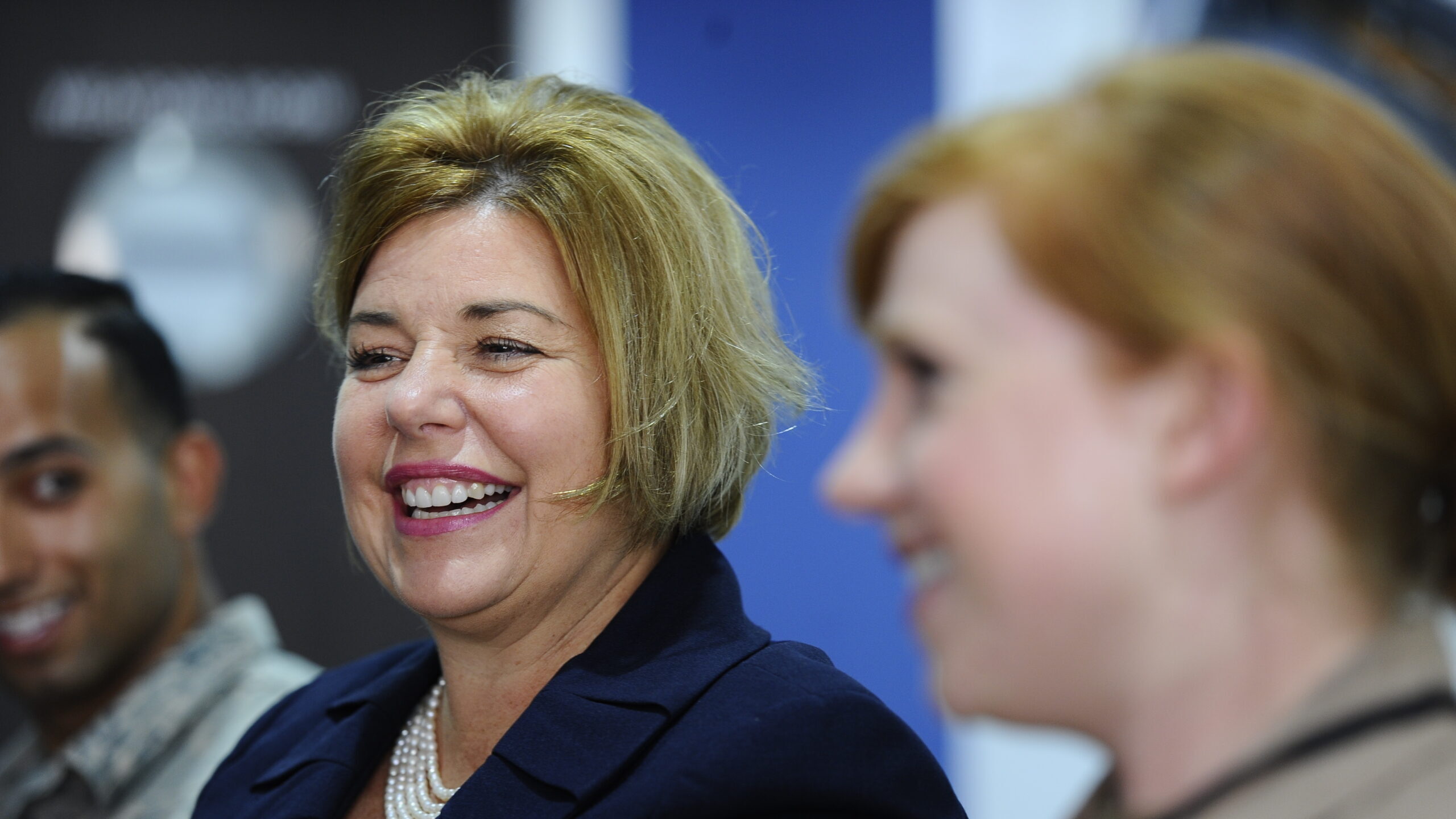 Heidi Grant, seen in a 2017 photo, is exiting as the head of the DSCA. (USAF/Anthony Nelson Jr.)

AUSA: The Pentagon’s top weapon sales expert is stepping down after 15 months on the job, she said Tuesday.

Heidi Grant, the head of the Defense Security Cooperation Agency (DSCA), has “announced her transition from the federal government,” according to an Oct. 12 release. She will continue to serve until Nov. 7, when Jed Royal, the DSCA deputy, will take over as acting director.

When she took over last September, Grant became the first civilian to run DSCA; previously, a general officer was always in charge of the office, which serves as the Pentagon’s hub for encouraging partners and allies to buy American while coordinating with the State Department to clear weapon sales through what can sometimes be a laborious process.

“While she has been considering the transition for some time, Director Grant felt the time was right now, having recently led DSCA to its full operational capability (FOC) phase of organizational transformation, 15 months after becoming the first DoD civilian to lead DSCA in its 50-year history,” Pentagon spokesman Michael Howard said.

A well-known figure to international partners, Grant served from 2010 to 2018 as the Air Force’s deputy undersecretary of international affairs, the point person for pushing USAF equipment to the international community. In Dec. 2018, she became director of the Defense Technology Security Administration, where she led efforts to properly protect sensitive US military equipment.

Notably, Grant appeared at a panel hosted by the Association of the United States Army — and did not mention that her tenure would be winding down. (The announcement was published shortly after the event concluded.) Grant did not take questions after the event, but during the panel made an argument for why the US needs to open up its willingness to sell weapons to other nations.

Asked for a specific example of where the US needs to rethink its willingness to sell abroad, Grant pointed to unmanned ISR assets — AKA drones — that can track and gather information.

“You know, it’s something that, it was our crown jewel 10 years ago. And so our policies of the time were, we’re not going to transfer that technology. So guess what? Our strategic competitor [China] transferred that technology, has a significant footprint of training basis for unmanned ISR in Jordan, Saudi Arabia, UAE,” she said. “Could have been us. We could be there. We could be training and advising and have that access.”

“We have to look at this and say, if we’re not there, our strategic competition is going to fill the void. And is that riskier than transferring our high end technologies?” she asked. “I’m not going to get into that, because there’s a lot of great policy people way above me that are making those calls. But I will — you  sometimes question, why is the US going to transfer technology? Well, the other choice is do you want your strategic competitor moving in?”

Grant’s predecessor, Lt. Gen. Charles Hooper, used to use the AUSA conference to announce the annual totals for Foreign Military Sales cases approved by DSCA in the previous year. Grant unfortunately did not follow suit. The previous years totals: