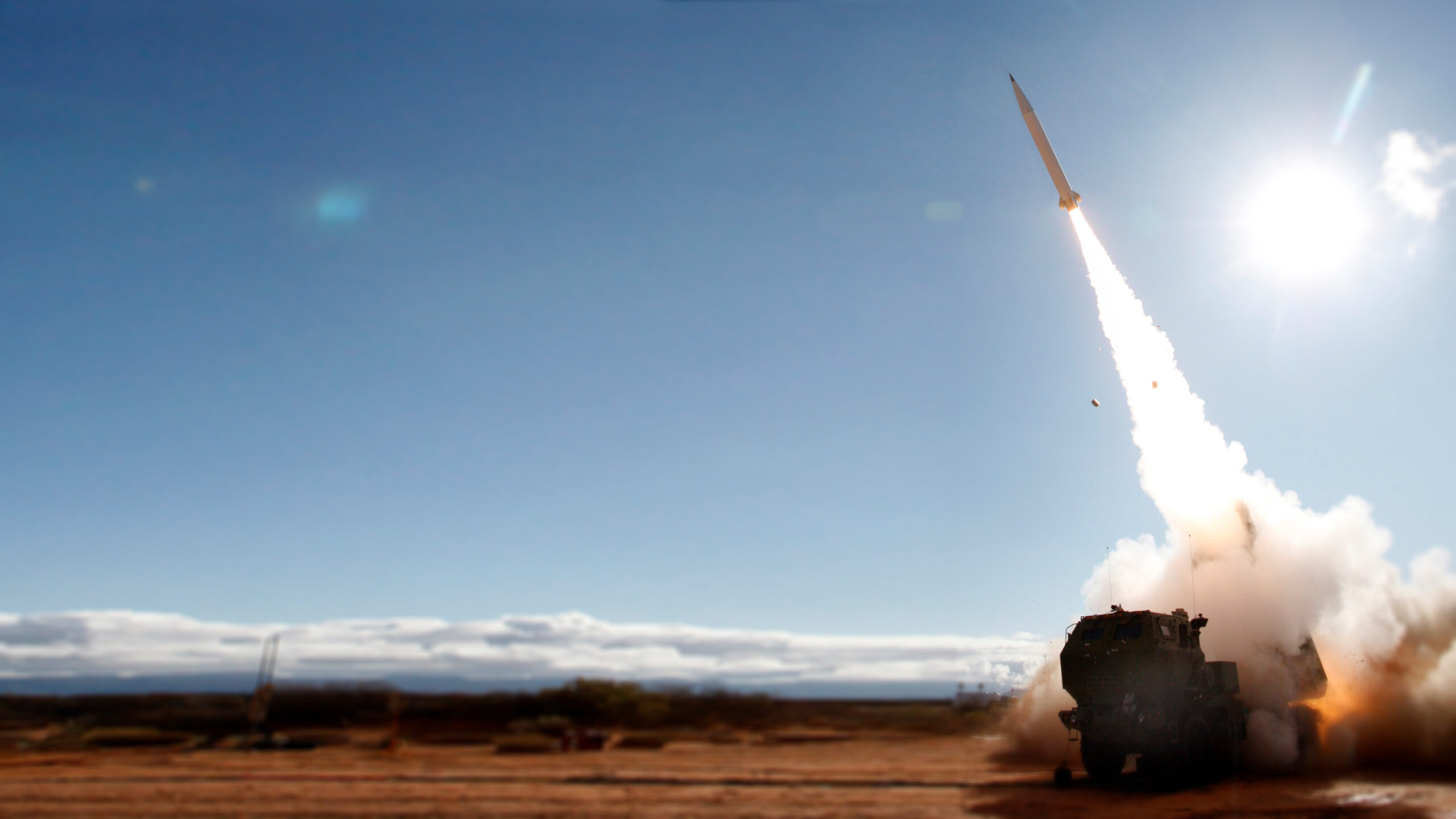 The Army’s PrSM weapon is seen during a test launch. (Lockheed Martin)

AUSA: The US Army expects to perform a test launch of its Precision Strike Missile, or PrSM, later today, with the goal of seeing just how far the Lockheed Martin-made weapon can go.

The launch is planned from Vandenberg Space Force Base. The goal is for the weapon to hit a target 499km away — roughly 310 miles or around the distance between Washington, DC, and Hartford, Conn. — in what is being described by Lockheed executives as a “max-range” test.

The PrSM program, led by the Long Range Precision Fires Cross-Functional team and Program Executive Office Missiles and Space, is meant to replace the Army’s Cold War-era Army Tactical Missile System, which has a maximum range of 300km, or 186 miles. The weapon is designed for surface-to-surface strikes, but the Army is expected to test out PrSM as a ship-killer in the future.

The initial fielding date for the weapon is sometime in 2023, with a delivery of around 20 missiles. Over the life of the program, the Army currently expects to purchase 2,400 PrSM weapons.

Hartley added that another test is planned for November at White Sands Missile Range, in coordination with the Army’s ongoing Project Convergence 21 effort. That test will include a side-by-side firing of more than one missile.

The company has been testing the weapon at different distances over the last year, in order to see how it operates with “specific objectives in mind,” Hartley said. After all, not every target will be 499km out, and ensuring accuracy at closer ranges is just as important for the weapon at this point. The most recent test, in September, covered 400km.

RELATED: Army General: Missiles To ‘Overwhelm’ Adversary Must Be Requirement for JADC2

It’s worth noting that the Army has said it would like PrSM to go out to the 1,000km range at some point in the future, with planned upgrades to be spiraled in along the way making that possible. That goal would fit in with the Army’s focus on long-range precision fires, particularly those that could have relevant ranges for the Pacific theater.

Fiscal 2022 budget documents show that the Army wants to dedicate $5 million to exploring “critical technologies” to extend the range of PrSM. The Army also plans to purchase 110 missiles in fiscal year 2022 for about $166 million.

As part of future upgrades to PrSM, the Army wants to add an upgraded seeker to the missile in order for it to more accurately strike moving targets, such as ships at sea. The multi-mode seeker detects an enemy’s radio frequency from communications and radar to track the target.

Extending the weapon out further may also whet the appetites of foreign interests. The Australians already have a memorandum of understanding with the US government on PrSM, and Harley indicated that she would expect the system, once fully up and running, will attract interest from foreign military sales customers.