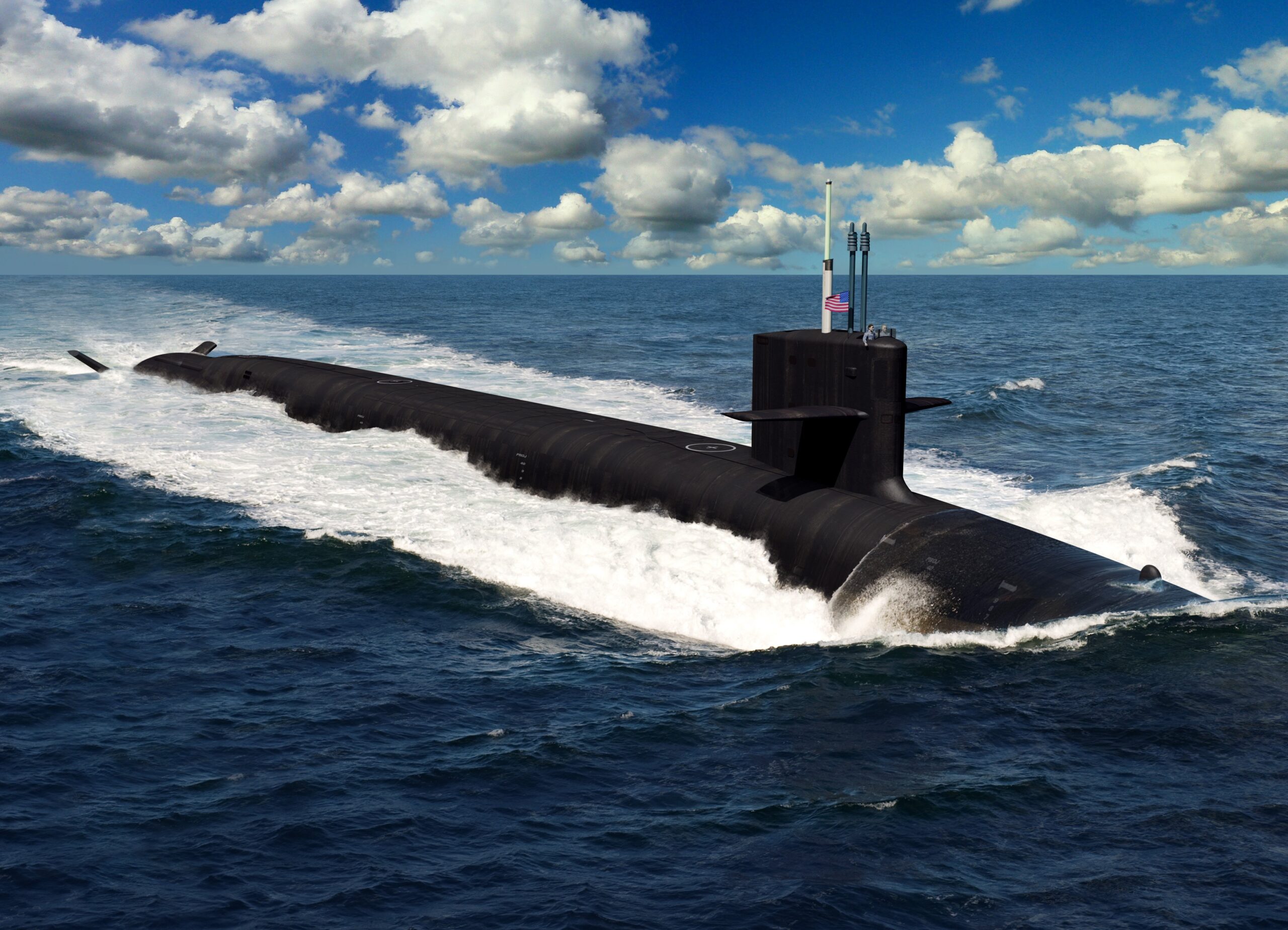 The Columbia-class ballistic missile submarine, shown in an artist’s conception, will have an electric-drive power-propulsion system developed by Leonardo DRS.

The progression of naval propulsion from sail to steam and now to hybrid-electric and electric-drive engines for new ship classes—while optimizing existing power aboard a current fleet that relies on gas turbine, diesel, and nuclear propulsion―raises both prospects and challenges.

In this Q&A, we talk with Jonathan Miller, senior vice president and general manager for Naval Power Systems at Leonardo DRS, about those prospects and challenges, specifically the drivers behind electrification and the most promising solutions sets for meeting the increasing electric-load demands of modern combatant ships.

Breaking Defense: What are the main drivers behind today’s naval electrification needs? 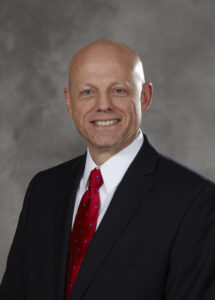 Miller: There are a number of drivers for increased naval electrical power needs, including new and more advanced weapons systems and radars, escalating fuel costs, and the U.S. Navy’s desire to expand operations without increasing its environmental footprint.

Arriving in the near future are advanced payloads with next-generation technologies like higher-power radar systems and offensive/defensive directed energy lasers that the Navy wants to incorporate onto a range of ships for counter-UAS operations and other needs. High bursts of energy by pulse-power weapons along with advanced air and missile defense radar sensors demand more power.

In addition, the Navy is seeing that operations and maintenance costs are far exceeding shipbuilding costs. For example, the price of gas and diesel fuel is increased by the logistical support costs for it to be delivered to ships at sea. Electric drives can address many naval power and propulsion needs with reduced fuel and transportation costs, while also enabling the use of simpler and less expensive fixed-pitch propellers.

Breaking Defense: What role will electrifications play in Distributed Maritime Operations and the Great Power competition against near-peer/peer competitors like China and Russia?

Miller: China is basically doing all they can to push our Navy ships further away from the mainland and the South China Sea. That increases the amount of radar and sensing power you need to operate defense and tactical systems and potentially deliver naval weapons at a standoff distance. Electric power systems can make more efficient use of existing power and deliver that energy on an intermittent basis as needed.

Breaking Defense: A number of solution sets are in development to provide the U.S. Navy fleet with greater power. Which ones, in your opinion, hold the most promise?

Miller: Stored energy is certainly at the top of the list. Stored energy conserves it for select uses and enables the turbine generators to operate more efficiently. Stored energy was the original function of the Navy’s Energy Magazine program to enable single turbine-generator operations.

Like stored energy, specifically designed power modules for use aboard U.S. Navy ships, using commercial technology where and when it makes sense, can contribute to increased onboard power. Stored energy and power modules also require energy management, which is a critical part of electric propulsion and electrification of ships so that the energy can be transferred around the ship as needed for different purposes such as directed energy weapons.

Leveraging existing architectures to reduce both costs and risk is another good solution. For example, the modular and scalable Columbia-class ballistic missile submarine power/propulsion architecture, developed by Leonardo DRS, was specifically designed for common use on submarines and surface ships. With simple, clear, proven modifications, the Columbia-class investments can be leveraged today at the lower costs required for surface-ship applications. A simple material change can allow a reduction in cost of a major component by a factor of 20 times.

Then there are the successes we’re seeing with hybrid electric drives. Some Navy ships are using hybrid-electric-drive dual-propulsion systems in tandem with conventional power and other propulsion technologies. I’ll note, however, hybrid drives help with fuel savings but provide only a marginal benefit to electric payloads.

Breaking Defense: Risk is always paramount for the military services when introducing new technologies? How are you reducing risk for the Navy?

Miller: The Navy is committing to electric drive on a number of programs for the reasons that we talked about. They have needs for higher loads and dual-consumption production. The phrase ‘off the shelf’ is not the exact, correct phrase, but the Navy wants proven equipment. They haven’t overtly stated this, but they need to stay linked to commercial technology in a manner that allows them to leverage industrial capabilities that are already in widespread use. For example, commercial semiconductor technology is making it possible for the advancement of electric cars and electrification in general.

It’s the same for electric motors, distribution equipment, and so on. It’s necessary to stay connected to commercial, technical advancements, as opposed to developing unique military equipment that has only a military purpose without any commercial applications. That is a recipe for greater Navy expenses and a lot of risk.

So leveraging technology that has a commercial basis and can be militarized is important to lowering risk for the Navy. For example, we have developed a propulsion system for the Columbia-class nuclear ballistic submarine—a program where we provide major, onboard systems—that has been fully tested for the Columbia system in a land-based environment.

There’s no need for the Navy to start over again with a new electric drive system for their next-generation ships. They can leverage that development. That development had its origins in a system that was conceptualized as a common, electric-drive system for submarines and surface ships. Now the Navy has a chance to capitalize on that.

Breaking Defense: How are you using digital manufacturing techniques and modeling/simulation to reduce risk related to naval electrification?

Miller: We’re all in on using those technologies. In terms of physical models, we actually use the same CAD systems that most of the major shipbuilders use. So our models can be directly incorporated into their models. In terms of dynamic simulation, we simulate all of our equipment ahead of production. And we’ve done extremely well in correlating the performance of the equipment with the model.

Another feature that we employ in our simulations is that the control code that runs in our power converters is the same code that we use for simulations. We use a simulation tool to auto code our controls.

Breaking Defense: What are your suggestions for optimizing the Navy’s use of power?

Miller: For the Navy to progress toward a future electric-drive fleet, while optimizing existing power aboard the current fleet, the service must leverage all of its resources. That includes: first, optimization of current ship architectural designs to increase power and facilitate use of intermittent power; second, more efficient use of existing power through energy storage and process adjustments like changing fan speeds rather than throttling airflow to waste heat recovery; and third, greater use of specifically designed power modules, using commercial technology where and when it makes sense.

Miller: The Navy clearly sees the demand for electrification of its ships. They’ve taken several major steps in that direction, and have clearly signaled that they’re planning to do that more with newer classes of ships.

Leonardo DRS is very well positioned for that with our presence in electrical distribution on most Navy’s ships, the systems we’re providing for the Columbia submarines, the highly successful hybrid-electric-drive system that is in service with the South Korean Navy on their FFX Frigate, as well as the work we’ve done with the Navy from a developmental and prototyping perspective on an energy magazine that employs state-of-the-art lithium ion batteries for energy storage and advanced controls for energy management.

When you look at all those elements together, we feel that we’ve got a real partnership with the Navy in terms of how we are positioned to meet their needs as they continue to define their requirements.