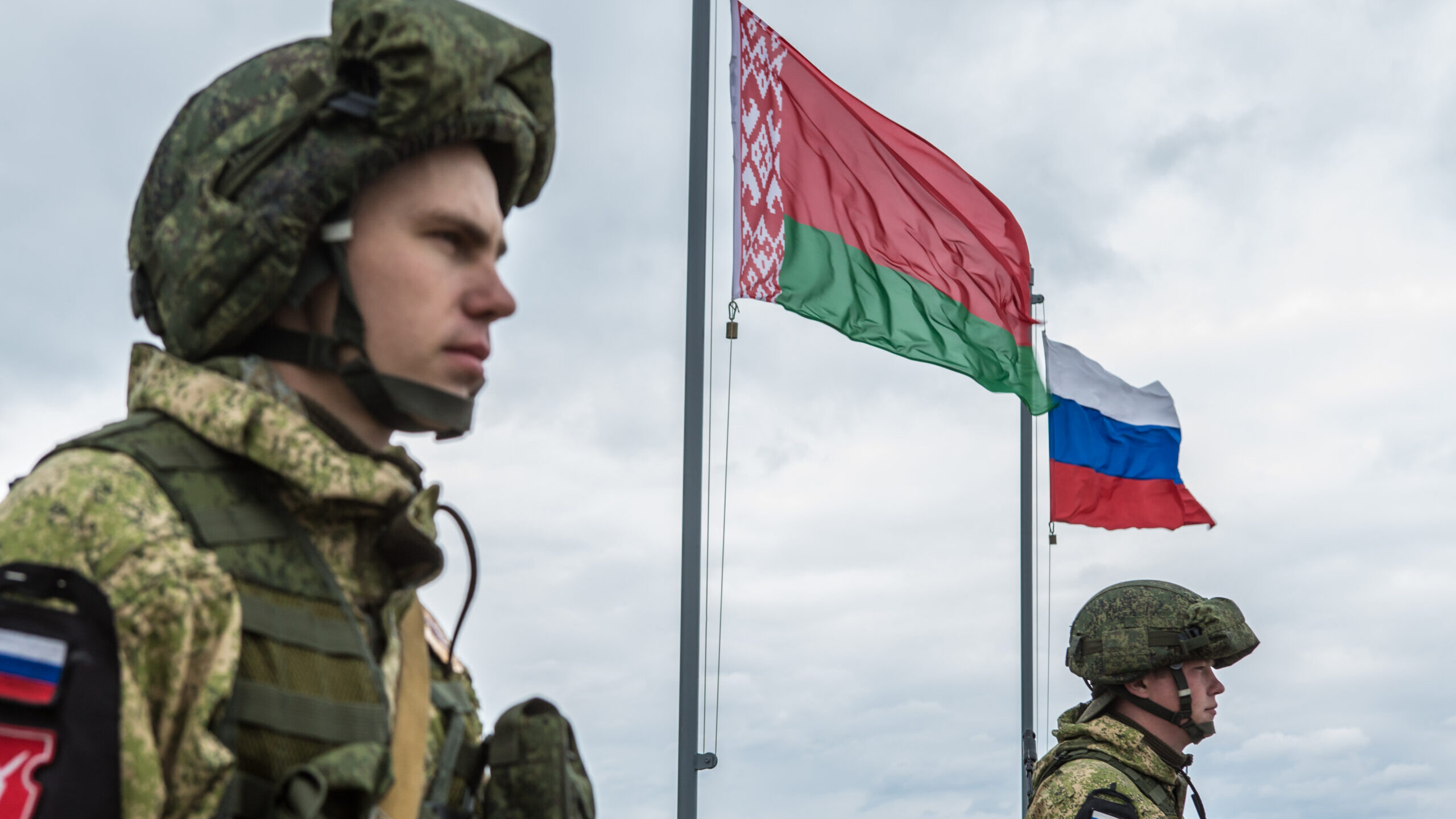 KIEV: Between Sept. 10-16, Russia conducted Zapad-2021, the latest instalment of its quadrennial joint military exercises with the Republic of Belarus — part of which is conducted in the latter nation’s territory. Now, a week later, there are signs that the over 200,000 troops who participated may be not all be heading back home.

On the world stage, Zapad is perhaps best known for its tradition of closing a massive display of exploding ordnance — conducted at a distance where Russian President Vladimir Putin can view the series of explosions through a pair of high-definition (and high-priced) binoculars.

The so-called “shock and awe” effect of this firepower demonstration — what the Russian military calls the “hot phase” of the exercise — is primarily what makes it to TV screens and internet channels. The intention is to transmit the message that Russia is ready for a major military offensive against the West.

It is also the part of the exercise where maximum access is given to the defense attaches and other foreign, “friendly” observers who are on hand. Giving these foreign military officers a ringside seat is not just about impressing these nations with Russia’s military might. It is a rare opportunity for the Kremlin’s defense industry to present a live-fire advertisement that hopefully convinces these nations to request information on the latest Russian weaponry to the state-run arms export monopoly, RosOboronExport.

The explosions and unofficial equipment showcase — headlined this year by a pair of new combat robot systems known as the Uran-9 and Nerekhta vehicles — tend to gather the international focus.

But the real question one should start with when assessing a Zapad exercise is not what Russia brought with it, but rather: what did Russia leave behind?

Belarus and the Region

Every four years, when these exercises take place, there is suspicion among NATO-nations that the Russian troops moved into Belarus won’t actually depart once the exercise is completed. The fear is that the exercise will act as a cover for an Anschluss-like occupation of Belarus — which would have dire implications for the region, most notably for Ukraine.

In a recent interview with Foreign Policy, NATO Secretary General Jens Stoltenberg said he does not see an “imminent threat to NATO allies” from Zapad, but reiterated complaints from NATO nations that Russia’s official declaration of the size of the exercises is dwarfed by the real number of forces poured into Belarus.

Still, “NATO continues to closely monitor the situation on the Russian border,” Stoltenberg said. “Belarus is also putting migratory pressure on our allies Lithuania, Latvia, and Poland, where actually Belarus is using the migration as a hybrid warfare tool against its neighbors. And it is absolutely unacceptable.”

Should Belarus become an appendage of the Russian Federation, Ukraine would be surrounded by Russian forces on three sides. It would also present a dramatic escalation of the existential threat to Poland, the largest front-line NATO state, and open a new border with Lithuania.

Up until last year the possibility of such a move by Putin was considered remote. But concerns spiked last August, when a series of protests began in Belarus over accusations amid significant evidence that Belarusian President Aleksandr Lukashenko rigged his re-election to a sixth term in office.

The number of people involved in these public demonstrations and their overall longevity fueled speculation that Lukashenko might flee the country and hand the keys of state over to Putin. Russia appeared to have been given the Belarus strongman’s approval for such a move, when the state-run media announced that “Lukashenko would only invite Russian forces into Belarus in the event of external military threats.”

While Lukashenko’s position has solidified in the year since, the bordering nations have been on guard. It didn’t help that Lukashenko, during the Zapad exercise, told reporters that training was necessary because “we should get ready — our border with Ukraine is 1,200 kilometers (750 miles).”

With those comments in mind, a few of the post-Zapad movements are likely to cause consternation in the region, according to regional military specialists from Ukraine, Poland and the Baltics.

Currently, Moscow’s military presence remains in large number, with some units not expected to be withdrawn back to their regular bases until mid-October. No specific units have been named yet, but the projection is that between 5-10 per cent of those on Belarus soil will remain behind – many in the training role. 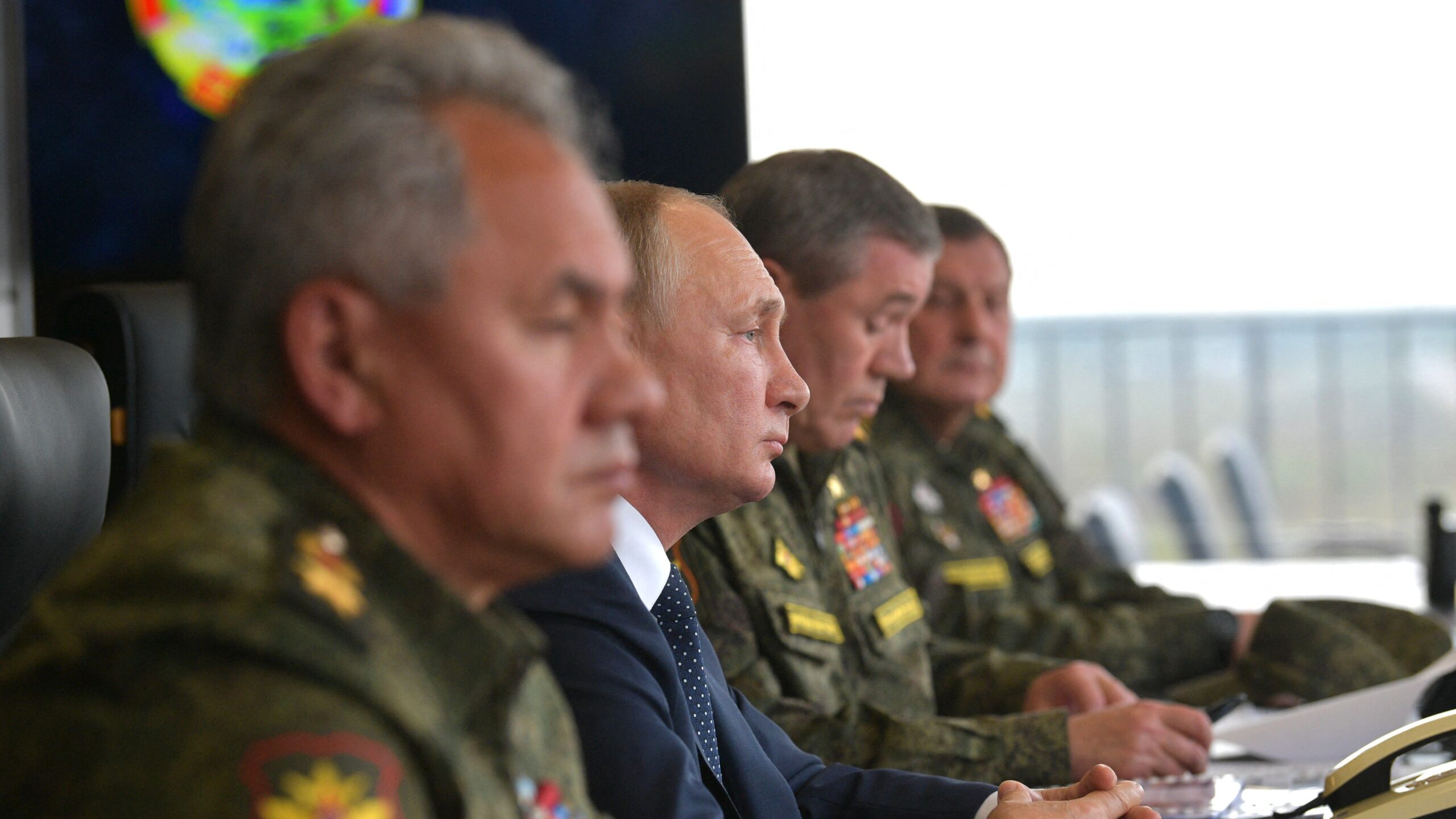 This sounds like an insignificant number, but any increase in the “Russian military presence in Belarus in one way or another at least infringes on the sovereignty of our country,” said Pavel Matsukevich, a former diplomat now with the Centre for New Ideas think tank in Belarus.

“The Russian boot stepped on the ground – this is a symbol of the fact that control has been established on this territory. And in this sense, there is nothing good for the prospects of Belarus as an independent and sovereign state,” Matsukevich said. “All the years of independence we have tried to avoid this, but now it seems that the Russian military presence here is becoming a reality.”

Forces and Materiel Staying Behind

Specifically, there will be Russian S-400 units based in the Grodno region, at a location roughly 4 km, or two-and-a-half miles, from Poland’s border, and there will also be a wing of Russian Sukhoi Su-30SM aircraft operating from the at the 61st Fighter Air Base of the Belarusian Air Forces (military unit 54804), in Baranovichi, which could serve as a geographic hub to get forces towards the border quickly.

To be clear, these systems are not going to be part of an independent Belarus armed forces. Instead they will constitute appendages of the Russian military based and operated on Belarus territory — which, understandably, is a cause of some heartburn for Belarus’ neighbors.

Polish Prime Minister Mateusz Morawiecki warned at the start of Zapad that the deployment of the S-400 so close to its borders could result in “provocations,” and put Poland in a state of emergency during the exercise. While the numbers of Russians remaining with the air defense systems are relatively small, the developments are unsettling nonetheless. An S-400 permanently sitting so close to Poland’s border serves as a de facto A2/AD setup against NATO aircraft.

For his part, Matsukevich called out the Grodno agreement as a key sign of Russia setting up for a long-term stay in country.

Russian personnel are also active now in considerable numbers at three major Belarus military training bases and test ranges in order to train the pilots for these aircraft and SAM batteries. Collectively, Belarus will acquire roughly US $1 billon in Russian-made weaponry that is already being delivered with those transfers to be complete by next summer.

That weaponry causes no end of anxiety for Ukraine’s military, as it escalates the number of advanced offensive strike platforms that now be in closer proximity. In addition to the Su-30SMs and S-400s, Belarus is also procuring several dozen helicopters of various models and also a medium-range Tor (SA-15) air defense unit. This acquisition is likely to be the first step in Belarus gradually replacing its older-generation SA-8 Osa self-propelled SAMs.

Aside from personnel, pre-positioned materiel is expected to be left at ammunition and fuel caches and supply depots, far in excess of the needs of the Belarus military. In fact, the setup of such caches was underway before Zapad kicked off, and the latest Russian state armaments program specifically noted an increase in spares and material to come.

The same applies for Russian heavy equipment that will remain in place. This will allow Russian troops to form up into cohesive units when and if personnel are moved back into place at some future date. This would put a rather sizeable force that could move on NATO only a snap deployment of personnel away from a lighting strike into Poland and the Baltics.

The amount of this materiel be stockpiled after this year’s exercise is going to be significantly greater than ever before. Its presence is to guarantee that Russia’s military can move rapidly and decisively across a broad front and advance into NATO territory without fear of having to stop and re-group due to a lack of supply — as well as to guarantee that any counterattack would not force the Russian side into a retreat.

What is ironic, perhaps, is that while Zapad-2021 is labeled as a “defensive exercise,” in reality the entire set of preparations that the exercise participants engage in for more the three months prior to the actual live-fire activity is all about being prepared for an offensive operation.

The exercise is justified as a necessary test of preparation for an attack by either NATO (most specifically Poland and the Baltic states), the US, the Nordic nations of Sweden and Finland, and lastly what the Kremlin refers to euphemistically as “terrorist organizations.” What are designated as “terrorist” formations are Kremlin shorthand for local political revolutions, which in many respects both Putin and Lukashenko fear more than a direct attack by NATO.

The Significance of Zapad

The Zapad exercises are heavily-scripted and the Russian side continues to refer to what amount to “Trojan horse” type scenarios. The US is seen as an adversary, cast in the role of a foreign power trying to foment internal revolts — similar to the 2013-14 Maidan revolution in Ukraine — inside of Belarus and Russia.

But beyond this strategic propaganda is the fact that the exercise is the culmination of a four-year training cycle, at the end of which the combined militaries of Russia and Belarus will, at least in theory, be more prepared for regional war. This means more than just traditional military operations — it involves more extensive use of unmanned systems, both in the air and on the ground, and the use of layered and integrated air defense systems.

Russian forces likely ended the exercise being more adept at using unconventional warfare methods, including UAVs in offensive operations and all manner of electronic warfare systems. (In 2017, for example, a top Estonian intelligence official said Russia was using advanced jamming on their own forces to test operations in a EW-contested environment.)

The overall goal is to have a well-integrated fighting force on the Russian side that has airtight command and control and will be able to sustain operations on the ground longer and at a higher level of cohesion than previously observed. Meanwhile, numerous non-kinetic methods will be employed with the intention of causing the NATO side to fall into what several military commentators call “the reflexive control trap.”

One commentator pointed out that “the messaging about Zapad from the Russian side is about  defense and it is about the union of the allied states. We should be focusing on how the Russian forces are operating, what they are doing at the operational level and how well they are executing. And fixation by the West on simply numbers of Russian and Belarus troops involved is falling into the trap that the Russian information warfare ops are is set up to exploit. It is all about diverting attention from what is really important.”