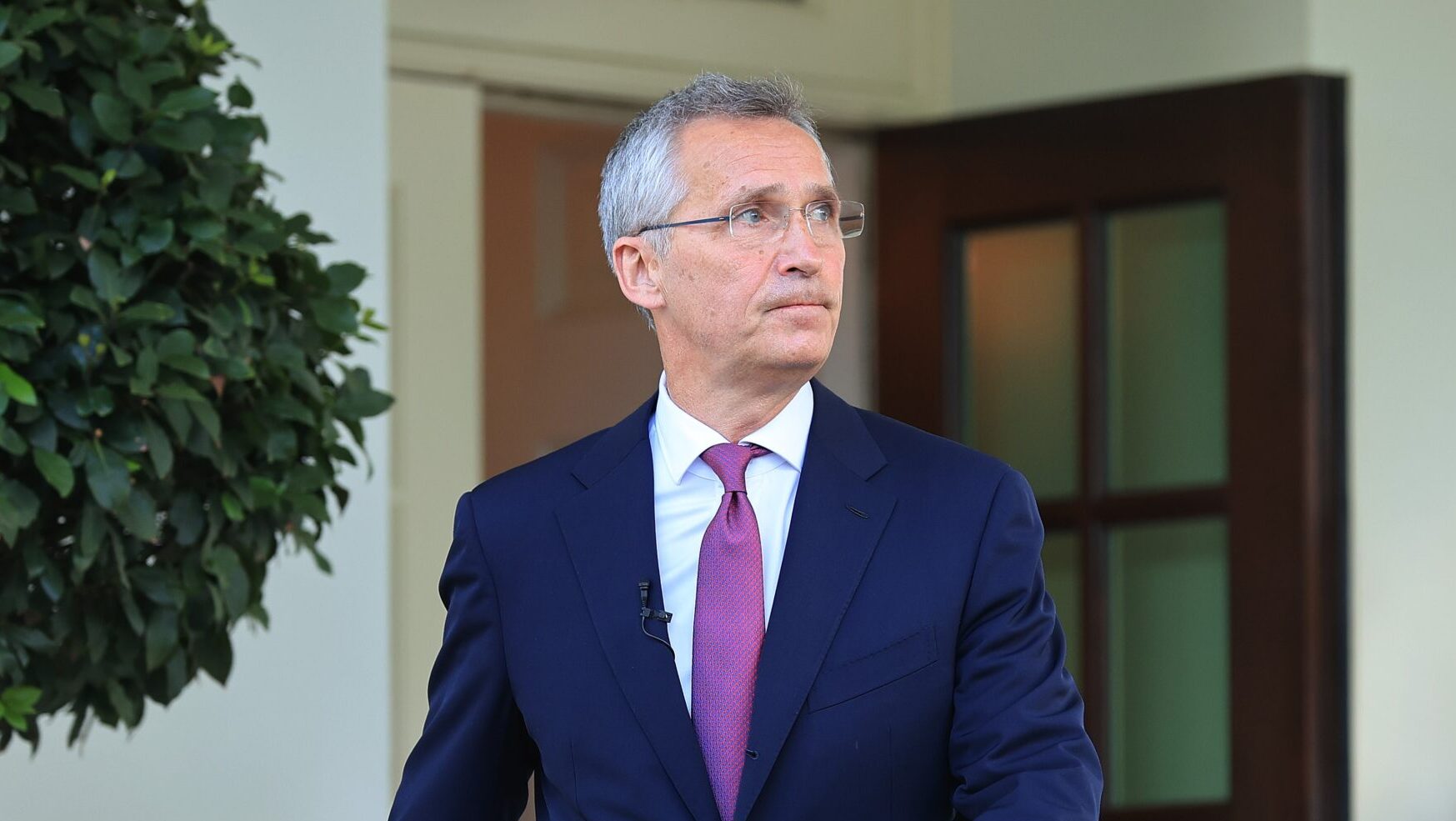 WASHINGTON: NATO Secretary General Jens Stoltenberg wants to see member nations “step up and do more” for countries that hope to one day formally join the alliance but which do not currently meet requirements — or whose applications are being de facto blocked by Russian military action.

Stoltenberg, who this week met with President Joe Biden and made a stop at the Pentagon to chat with Defense Secretary Lloyd Austin, talked up alliance modernization efforts, including exercises that put multinational troops into the eastern edge of NATO and the creation of a Defense Innovation Accelerator program seeking to develop new capabilities.

But the central issue at the heart of NATO is membership, and Stoltenberg made it clear he has no problem with NATO potentially expanding in the future, even if doing so would be seen as Western Europe encroaching on Russia’s sphere of influence.

That the NATO head would welcome more countries joining NATO isn’t a major surprise, but Stoltenberg, whose public speeches tend to be calm and controlled, became agitated and forceful when discussing those in Europe or the Americas who argue NATO should self-curb any growth in order to placate Russia.

“The whole idea that you know, it’s a provocation to Russia that small neighbors join NATO is absolutely wrong. That’s the provocation — that anyone is saying that,” Stoltenberg said during the speech at Georgetown University. “To be honest, also, some voices in the West would say, ‘No, no, we should be careful because we are provoking Russia.’ But then you’re saying that small countries don’t have the right to choose their own path, which is a violation of their sovereignty.”

That kind of thinking, the former Norwegian prime minister said, plays exactly into Russia’s argument that there are still Cold War-era spheres of influence that need to be respected. “That’s not the world I would like to live in. And actually, we have tried for decades to move away from that world,” he noted.

The issue of whether to enlarge the alliance or back off to placate Moscow has been a major discussion point among national security scholars and politicians in the aftermath of the Cold War, when nations previously under Russian control applied for membership. In particular, the addition of Latvia, Lithuania and Estonia in 2004 seemed to antagonize Moscow. Overall, 14 countries have joined NATO since the fall of the Berlin wall, with North Macedonia becoming the newest member in March 2020.

Bosnia and Herzegovina, Georgia, and Ukraine have all declared themselves aspirants for NATO, and all three have work to do to meet the alliance’s political and military requirements. According to an alliance document [PDF] those requirements include “a functioning democratic political system based on a market economy; fair treatment of minority populations; a commitment to resolve conflicts peacefully; an ability and willingness to make a military contribution to NATO operations; and a commitment to democratic civil-military relations and institutions.”

For Georgia and Ukraine, the situation is particularly dire, with both in open conflict with Russia over territory. From a pure geopolitics standpoint, it seems unlikely either nation will join the alliance anytime while those conflicts are ongoing. After all, NATO was formed so that if Russia invaded one member, all members would become involved in the conflict. But that hasn’t squashed hopes in either Kyiv or Tbilisi, and Stoltenberg has been careful to never rule out some form of enlargement to bring the two into the fold.

“It’s only for NATO members and Georgia, and Ukraine, to decide when they’re ready to join, not Russia,” he said Tuesday. “So we support the efforts to modernize to reform to meet the NATO standards. And when 30 allies agree that they are ready to join, they will join.”

Neither nation, however, currently meets the political or military standards required for membership, which is where NATO members must “step up” to help out.

“My message to NATO allies, and also something I discussed actually yesterday with President Biden, is that we need to step up and do more for those aspirants countries, because as long as they’re not members, we should provide more support, more training or capacity building, help implement reforms for corruption, and build their security and defense institutions.

“So we need to establish that there is a lot in between nothing and full membership,” he concluded. “I hope that we can make some ambitious decisions at the next NATO Summit.”