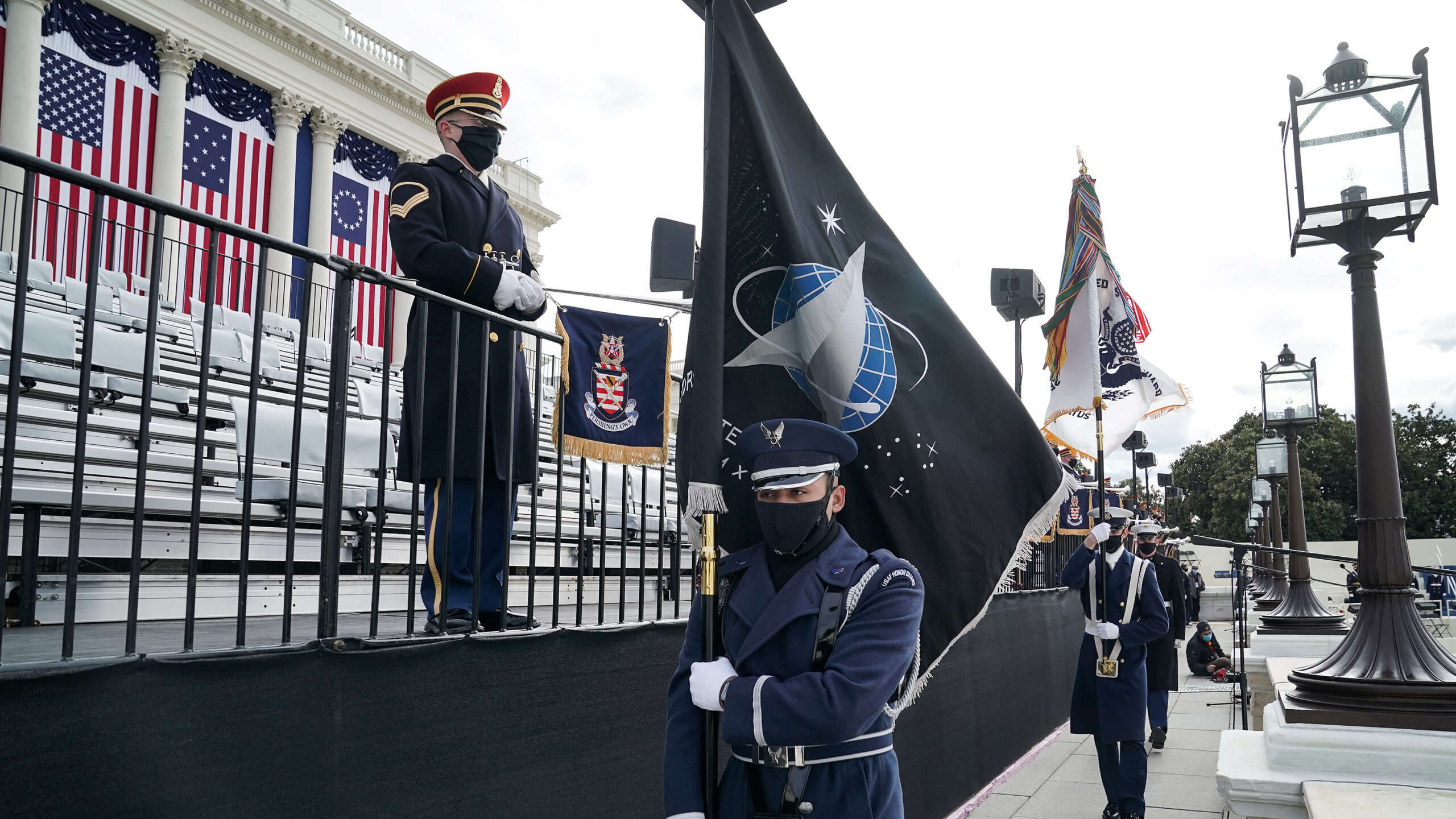 A member of the Air Force holds a Space Force flag in an honor guard during a dress rehearsal for the 59th inaugural ceremony for President-elect Joe Biden. (Photo by Greg Nash – Pool/Getty Images)

WASHINGTON: In its wide-ranging fiscal 2022 intelligence policy bill, the House Permanent Select Committee on Intelligence (HPSCI) paves the way for the creation of a separate Space Force intelligence center — but with caveats that raise questions about any actual change stemming from the move.

The House Intelligence Authorization Act (IAA), passed yesterday by the committee, sets policy for the Intelligence Community, ranging from the CIA to the National Reconnaissance Office and now, the Space Force, which became a member (the 18th) last December.

One of the most notable items for military space is the decision by the intel committee, led by Rep. Adam Schiff, D-Calif., to allow Air Force Secretary Frank Kendall to create and fund the National Space Intelligence Center (NSIC) as a stand-alone body, separate from the Air Force’s National Air and Space Intelligence Center (NASIC). NASIC, headquartered at Wright-Patterson AFB in Ohio, provides the Defense Department with intel about potentially threatening adversary scientific and technical advances in the air and space domains.

The HPSCI bill includes “sense of the Congress” language finding that because space has become an “increasingly complex operational environment,” due to the explosion of commercial, civil, and military satellites, “the Space Force should have its own intelligence organization dedicated to providing the Joint Combat forces with the required intelligence and analysis to support operations.”

Space Force leaders have argued that a separate intel center is needed to support their new IC role, and, in particular, to guide improvement of military intelligence, surveillance and reconnaissance (ISR) sensors to keep tabs on growing space-based threats, especially from Russia and China. The service’s goal was for the NSIC, announced by Space Force head Gen. Jay Raymond in Nov. 2020, to begin operations in 2022, moving over two NASIC squadrons as initial staff. 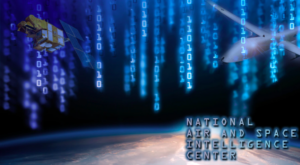 The NSIC faced a roadblock, however, from a provision in the 2020 defense appropriations act (Sec. 8041) that prohibits DoD from creating new field operating agencies, unless doing so would actually reduce personnel and budget requirements. The House version of the intel bill would grant an exception that allows NSIC to move forward.

At the same time, the bill requires that NSIC be co-located with NASIC (which, confusingly, is not changing its name), and that no new billets be created to support it. Essentially, those analysts at NASIC now monitoring threats in and from space will simply get “different colored hats,” as one expert closely following the issue explained.

“It doesn’t make a difference,” the expert said.

While it will mean a change of service command chain for those personnel from Air Force to Space Force, exactly how that command chain will work is a bit unclear. Maj. Gen. Leah Lauderback, the head of Space Force’s new ISR Directorate, who is managing the NSIC standup, is a career intel officer in the Air Force, not the Space Force, although she currently reports to Lt. Gen. Chance (Salty) Saltzman, Space Force deputy chief for operations, cyber, and nuclear. NASIC is also commanded by an Air Force officer, Col Maurizio Calabrese.