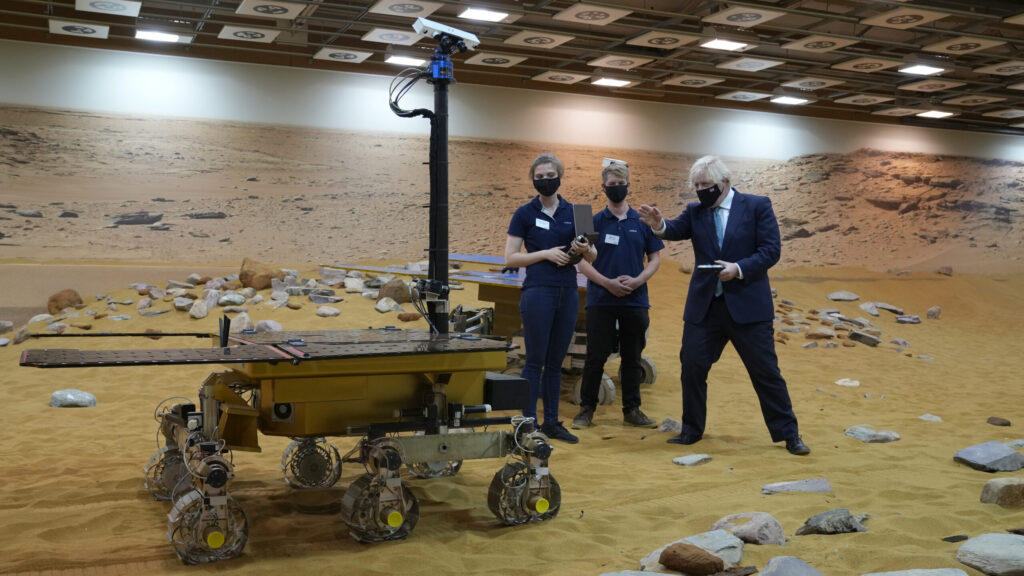 WASHINGTON: The United Kingdom’s new National Space Strategy (NSS) envisions the nation as major space player in the near future — what Prime Minister Boris Johnson has termed a “Galactic Britain” — while leaving details about its military plans to a still-to-come Defense Space Strategy.

That strategy for how Britain will beef up military space capabilities is not expected until late this year, according to experts. But the NSS, released Monday to great fanfare, does provide a roadmap for how the UK government plans to lift Britain into the ranks of big space powers alongside the US, China and Russia.

This includes initiatives to pump up its domestic industry, the national security apparatus and diplomatic efforts on the international stage.

The strategy, Johnson said in his forward, “will see us take a leading role on the international stage, Global Britain becoming Galactic Britain as we work with other nations to pursue exciting missions and with the UN to set the standards that will ensure space is used responsibly and safely.

“The days of the UK space industry idling on the launch pad are over — this government has the Right Stuff, and this strategy marks the start of the countdown.”

To implement those four pillars, the strategy lays out a 10-point plan of action where investment will be focused. The first of these is: “Capture the the European market in commercial small satellite launch.”

Building a “portfolio” of defense-related capabilities comes in only at No. 8 in the 10-point plan. Those capabilities include space domain awareness; space-based intelligence, surveillance and reconnaissance; secure communications; and new technologies to defend UK space assets. The section reads:

Having established Space Command, we will launch a National Space Operations Centre, fusing civil and defence expertise to monitor, protect, defend, and promote UK interests in Space. We will launch the UK’s first Defence Space Portfolio to be detailed in the Defence Space Strategy, developing independent Space Domain Awareness (SDA) capabilities to protect UK satellites, and advancing our secure satellite communications programme, Skynet. We will develop a small constellation of ISR satellites and explore other new initiatives to protect and defend the UK, pulling through advanced technologies from R&D to operation and exploring opportunities for dual civil and defence use.

Overall, the path the UK is taking toward space is based on a foundation integrating economic, civil and national security space activities into one intertwined arm of power projection, said Jessica West, senior researcher at Canada’s Project Ploughshares.

“What strikes me is how clearly the emphasis on what might be termed ‘comprehensive national power’ and the focus on global competition stands out,” she told Breaking Defense. “What I see here — and also in the US and China — is a focus on integrating the space domain itself so that what were once distinct activities and priorities for civil, military, commercial, and scientific endeavors are now brought together in the interest of the overall power of the state.”

This includes, she added, “competition for global leadership of ideas and governance mechanisms” — something that is reflected in how the new NSS discusses Britain’s current and planned efforts to lead in building international norms of behavior, rules and regulations for space activities across all sectors.

The NSS “pillar” on international cooperation/collaboration contains several pages on the UK’s current and future efforts to create norms of behavior and arms control measures to reduce the risks of conflict in space, as well as London’s intentions to work with allies to “deter hostile space activities.” The language is heavy on the need for strong British diplomacy led by the British foreign ministry, including through UN-related multinational bodies.

A related section spells out UK plans to lead international efforts on space sustainability, via regulating space industry activities to ensure best practices for keeping space usable for all in the future. This includes pursuing new tech for missions such as removing space debris from orbit.

The NSS also highlight’s Britain’s aims to fight climate change by building up its Earth observation (EO) capabilities, as well as to expand its exploration efforts including working in tandem with NASA on the Artemis effort to routinely send humans to the Moon and Mars.

With all that said, military space experts are very curious about what will come out of the new military space strategy, which Alex Walmsley, associate fellow at the Royal United Services Institute (RUSI), told Breaking Defense is unlikely to come out until after the government’s annual spending review is released in October. She said it mostly likely won’t be made public until sometime in December.

“The DSS has been delayed for many years already, but everyone tells us it’s on the way… ,” echoed Bleddyn Bowen, who lectures on international security and space-related issues at the University of Leicester.

The UK Ministry of Defense in July officially launched its first-ever Space Command, headquartered at RAF High Wycombe, a Royal Air Force base some 28 miles west of London. MoD has pledged to invest 1.4 billion British pounds ($1.9 billion) over the next 10 years in space activities, including cutting edge tech. 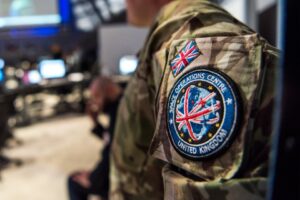 Bowen said the new strategy is likely to speak to how the MoD intends to work more closely with the US and other allied partners in the realm of military space. Britain is already one of seven allied nations in the US-led Combined Space Operations Initiative, along with Australia, Canada, France, Germany, and New Zealand. There also are British personnel stationed the Combined Space Operations Center (CSpOC) and the 18th Space Control Squadron at Vandenberg Space Force Base in California.

“There’s a lot of enthusiasm for space in parts of the MoD and RAF,” Walmsely said. “It is very much now considered as another battlespace domain along sea, land, air … But that is being tempered with a sense of realism and trying to work out what is achievable in the next decade or two.”

What’s “achievable,” of course, depends largely on what money is available. And that is a challenge for the UK overall in implementing the new NSS’s goals, but for military space in particular — considering that the strategy is largely aimed at bolstering the UK space industry in the global market. Defense spending will have to compete with 10 Downing Street’s obvious priority on domestic investment in science and technology.

Show Me The Money

The NSS itself recognizes that limited resources means Britain will have to be selective in both its ambitions and its actions towards building space power and capabilities.

The strategy explains: “Government cannot pursue every space-related activity now. We must make tough strategic choices and target resources to pursue the highest impact opportunities and the critical cross-cutting enablers that will lay the groundwork for a thriving future in space.”

“The gulf between spending and rhetoric is quite big when you see the list of ‘priority capability areas’:
1. SATCOMs; 2. EO and ISR; 3. Command and Control; 4. Space control (defensive); 5. PNT; 6. Orbital launch; 7. In orbit servicing; 8. Space domain awareness,” wrote Bowen, in a Sept. 27 Twitter thread.

“But the UK can’t do all of these without a massive hike in spending over a couple of generations,” he added, noting that Britain also will have to collaborate with the US, its other Five Eyes partners (Australia, Canada, New Zealand), Europe and “perhaps Japan” in order “to make inroads in these areas.” 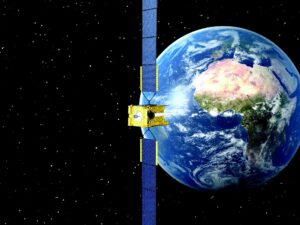 Bowen pointed out that at the moment, most of the “known defence space budget” — some £5 billion ($6.9 billion) over the next decade — is focused on modernizing the Skynet military communications satellite constellation, operated by Airbus. Airbus now operates four Skynet 5 satellites (tagged A through D), and was contracted in July last year to begin developing Skynet 6A, which is to serve as a technology bridge to a next generation constellation with more robust protections against jamming.

Moreover, he wrote, Britain’s civil space agency has a budget of only about £400 million ($537 million), most of which “goes to fund industrial and scientific projects in UK companies, universities” working on big European Space Agency projects.

Thus, Bowen argued, the list of capabilities for investment “must be whittled down into a smaller number of priorities.”

Walmsley concurred: “It seems to be in Boris’ own words ‘spacetastic’: a positive big picture, but very thin on detail. The UK does not have the kind of money needed to fulfill all its aspirations.”