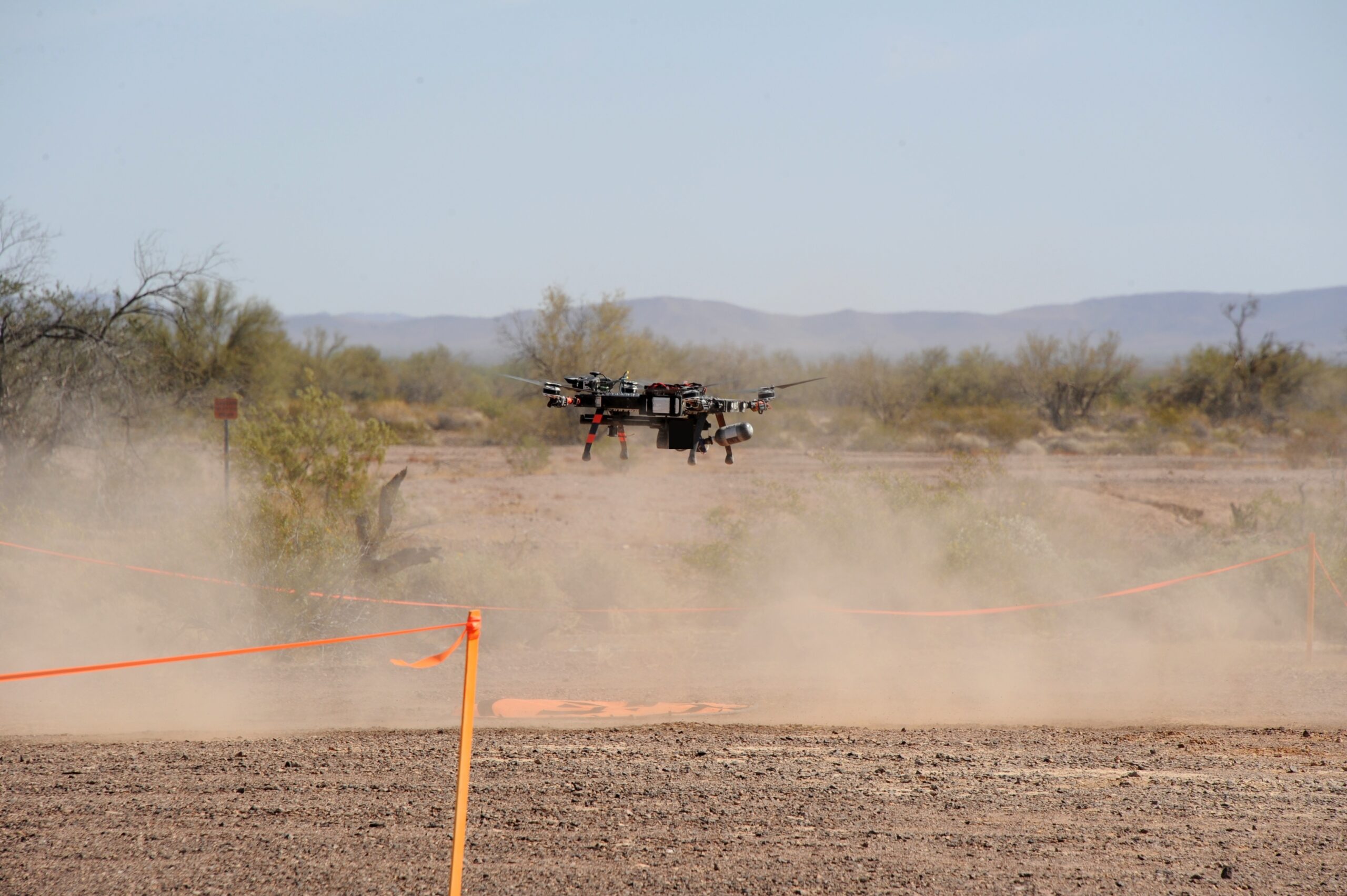 AUSA: Half of the companies tapped to show off counter-drone technologies to the US military in September dropped out of the demonstration due to COVID-19 restrictions and ongoing supply chain issues, an Army official revealed Monday.

In the end, only five of the ten companies selected by the Joint Counter-Small Unmanned Aircraft Systems Office (JCO) actually made it to the three-week demonstration at Yuma Proving Ground, Ariz., said Army Col. Greg Soule, the JCO’s head of the acquisition and resources division.

And while Soule added that he hoped that the pandemic would subside enough to allow more companies to safely attend future demonstrations, he acknowledged that he wasn’t sure whether future events will see a marked improvement in participation.

“But we’ve got to make sure that we continue to show industry that there’s value in having them be a part of this process,” he said during a discussion at the at the annual Association of the US Army conference.

The JCO — which was established in 2019 to find solutions to counter small drones on behalf of all the services — is counting on industry to provide low-cost, off-the-shelf systems that can be rolled into the organization’s portfolio of capabilities. The US military has become increasingly focused on defending against the kind of small, readily available drones that can be equipped for either spying on US bases or turned into suicide bombs.

It hopes to hold semi-annual exercises where industry can show off their wares. Then, after analyzing data from those demonstrations and white papers submitted by the companies, the JCO can choose whether to award prototype contracts to companies for further evaluation.

However, if fewer companies opt to participate in the demonstrations, the JCO has a smaller pool of technologies from which to choose from — potentially shutting off the US military from solutions that are needed to protect military bases and installations from the threat of small drones.

The September demonstration focused on ground-based aerial denial and handheld counter-UAS technologies, and was the second such event held by the JCO. After receiving 49 white papers from 39 companies, the JCO chose 10 vendors to attend the demonstration, Soule said.

The JCO is still evaluating the systems and has made no decisions yet about whether contracts will be offered to any of the participant companies, Soule said during AUSA.

“We’ll see if it fits if it fills a gap and has joint interest,” he said.

The next demonstration will most likely take place at Yuma Proving Ground in April, and will center around microwave technologies and counter-UAS as a service, Soule said.