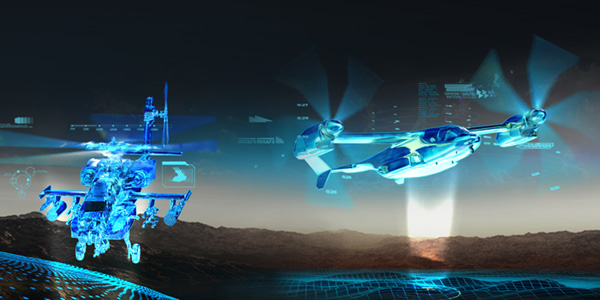 To combat the increasingly complex, contested, and communication-denied battlespace presented by near-peer adversaries, the U.S. Army has sought after game changing technologies to enable the Future Vertical Lift (FVL) program. One area they have special interest in is creating an automated system to offload the cognitive burden of pilots while enabling them to command teams of unmanned aircraft.

BAE Systems is presently engaged on multiple U.S. Army contracts to develop key technologies for FVL. This work is designed to advance manned and unmanned teaming (MUM-T) capabilities that are expected to be critical components in Army Aviation’s future operations.

In this Q&A, we talk with Graham Ward, director of FVL strategy for BAE Systems, about the progress being made.

Breaking Defense: We’ve been hearing about the need for manned-unmanned teaming for years. What makes it more of a reality today? 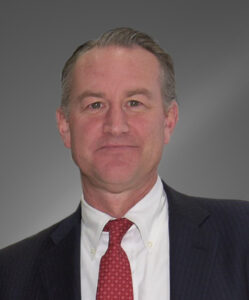 Ward: BAE Systems has been performing on manned-unmanned programs for nearly two decades. These programs have created the autonomy building blocks for true manned-unmanned teaming (MUM-T) operations. While limited MUM-T capabilities have existed for years, unmanned systems still require significant human-control inputs. Flying a helicopter at low altitudes in a high-threat environment presents aircrews with a large cognitive burden, particularly under the conditions that FVL crews are expected to face.

Autonomy must provide the ability for operators to intuitively use unmanned systems to provide the added standoff needed for survivability, while simultaneously enhancing the ability to degrade the enemy threat. The autonomy software programs that BAE Systems have been developing are coming to maturity at the perfect time for FVL.

Additionally, real-time, small-form-factor processing capabilities have increased due to commercial electronics developments. Together this creates opportunities that did not exist before as BAE Systems is now able to adapt flight-tested autonomy software to FVL CONOPS within the size, weight, and power available on unmanned platforms. This provides flight crews with a wide array of capabilities, including enhanced situational awareness, mission planning and control, and decision making aids that allow them to move from ‘operator’ of a single platform to a ‘manager’ of many diverse platforms.

Breaking Defense: How does an automated system offload the cognitive burden of pilots while enabling them to command swarms of unmanned aircraft?

Ward: In much the same way as unmanned systems are meant to relieve humans from dirty, dull, and dangerous tasks, autonomy software relieves human operators from mentally taxing tasks. The sheer number of sensors already on the battlefield can provide enough information to drown an operator in data. As the U.S. Army moves to the operations envisioned in FVL CONOPs, this problem will likely only grow worse.
Using autonomy algorithms to fuse and correlate data to feed a common operating picture relieves human brains from that workload and reduces the introduction of human error into the process. Similarly, when it comes to mission planning and mission control—not just for the manned aircraft, but for 6, 8, or 12 unmanned systems teamed with it—autonomy software helps relieve this daunting task for an aircrew not only in pre-mission conditions, but more importantly during a mission.

By providing mission-planning options in seconds, mission autonomy offers the user the ability to war-game options on the fly. Considering all of the minutia required to develop plans that achieve the commander’s intent—from threats and airspace restrictions, to considering the optimal use of each platform’s payload—these are tasks that could take humans hours and days, while autonomy software can handle these with ease in seconds.

Ward: Autonomy will enable commanders to operate at speeds that will force adversaries into a position of having to make critical decisions, tradeoffs, and wagers on how to react to the U.S. Army. We’ve seen from recent conflicts how fast modern warfare can move. Autonomy algorithms give aircrews the ability to react to dynamic situations, whether they are emerging threats, deteriorating meteorological conditions, or dynamic airspace–especially important as Army aviation strives to integrate with fires. The ability to handle the complexities of tomorrow’s battlefield demands that we change our CONOPS.

Not only will autonomy allow the handling of these rapid reactions to changes in the battlespace, it will also allow commanders and individual aircrews to use the array of sensors and payloads at their disposable to create synergistic overmatching effects in the battlespace. This happens on a platform level, when we combine autonomy capabilities like data fusion, decision making aids, and mission control/mission planning—and also on a team level through the autonomous use of multiple payloads on a target to achieve a desired effect, such as using an RF decoy of one air launched effect—with the kinetic abilities of another to neutralize a threat.

Breaking Defense: There are two funded FVL programs: the Future Attack Reconnaissance Aircraft (FARA) and Future Long Range Assault Aircraft (FLRAA). How do autonomous systems fit into those programs, which will each perform different functions (attack-recon vs. long-range transport)? What are the specific platforms that could be autonomous?

Ward: FARA and FLRAA have different core functions, however, autonomy software can provide great benefits no matter the platform and no matter the mission. Autonomy capabilities can aid FARA aircrews when conducting cooperative reconnaissance in contested battlespaces by helping manage multiple air launched effects and using each platform’s sensors and effectors to collaboratively accomplish the commander’s intent and be a force multiplier.

Likewise, FLRAA aircrews could harness autonomy to track, understand, and react to the evolving battlespace during long-range, air-assault or air-movement operations. Autonomy will not limit the crew to a specific mission, instead it will allow aircrews to more readily flow from one task to another more easily as the mission changes.

The degree to which autonomy will be used for operations on a given platform is likely more dependent on operational considerations than on technical limitations. For air launched effects, constant human management should not be needed, and only limited to reviewing and approving mission plan changes or direct actions against an adversary. On FLRAA and FARA, autonomy has the potential to aid in individual tasks, such as fusing data from the multitude of sensors and other data sources, or it could be used in a full aircraft-management system in order to provide an optionally-piloted aircraft solution.

Breaking Defense: You mentioned earlier that you are using past autonomy programs from the previous two decades to inform your potential FVL solutions. Could you describe other autonomy areas you are looking at?

Ward: This is true. The lessons learned from older programs have given us knowledge and experience to solve some key problems that FVL may face. Of course our current approach requires us to work within the FVL Architecture Framework in a MOSA- and FACE-compliant approach.

While it may not fall under the umbrella of autonomy capabilities, we are very interested in Human-Machine Interface (HMI). Reducing the cognitive burden of the FVL aircrew is our foremost priority, so we are looking at the human-to-machine interaction, and aim to solve information overload problems that can be anticipated, for example, by FARA teams with multiple unmanned systems have to accomplish complex missions. The challenge is in presenting information to the aircrew member that allows for immediate awareness, ease of understanding, and intuitive management of data.

Resource management is another area we are pursuing that is focused on management of onboard sensor and effector payload capabilities. Managing multiple air launched effects, each possibly carrying different payloads and having unique operating requirements, while simultaneously flying FARA at low altitudes and high airspeeds, is not likely feasible without autonomy algorithms to aid the aircrew. The autonomy software we are developing is intended to allow the pilot to provide sensor and effector management with minimal human input.

Finally, we believe enhanced situational awareness and situational understanding can be achieved by leveraging data fusion software and pairing it with aided target recognition algorithms. Ensuring the right information gets passed to the right platform in limited communications situations, is another facet of this problem we are trying to solve. All this to ensure FVL operators have the data they need, when they need it, to operate in a contested environment.

Breaking Defense: Tell me about your work on the FVL-Cross Function Team’s Architecture, Automation, Autonomy and Interfaces (A3I) project.

Ward: BAE Systems has been working to demonstrate mission planning, mission control, and data fusion autonomy as part of the Systems Integration Management Office-UAS and Army Special Operations Aviation Command-led A3I programs. As part of a much larger team of government and industry partners, the technology that BAE Systems is bringing to the A3I experiments offers the ability to tie some key components together in a way that allows operators to conduct realistic mission scenarios with minimal intervention, while still maintaining oversight and ultimate control of each asset.