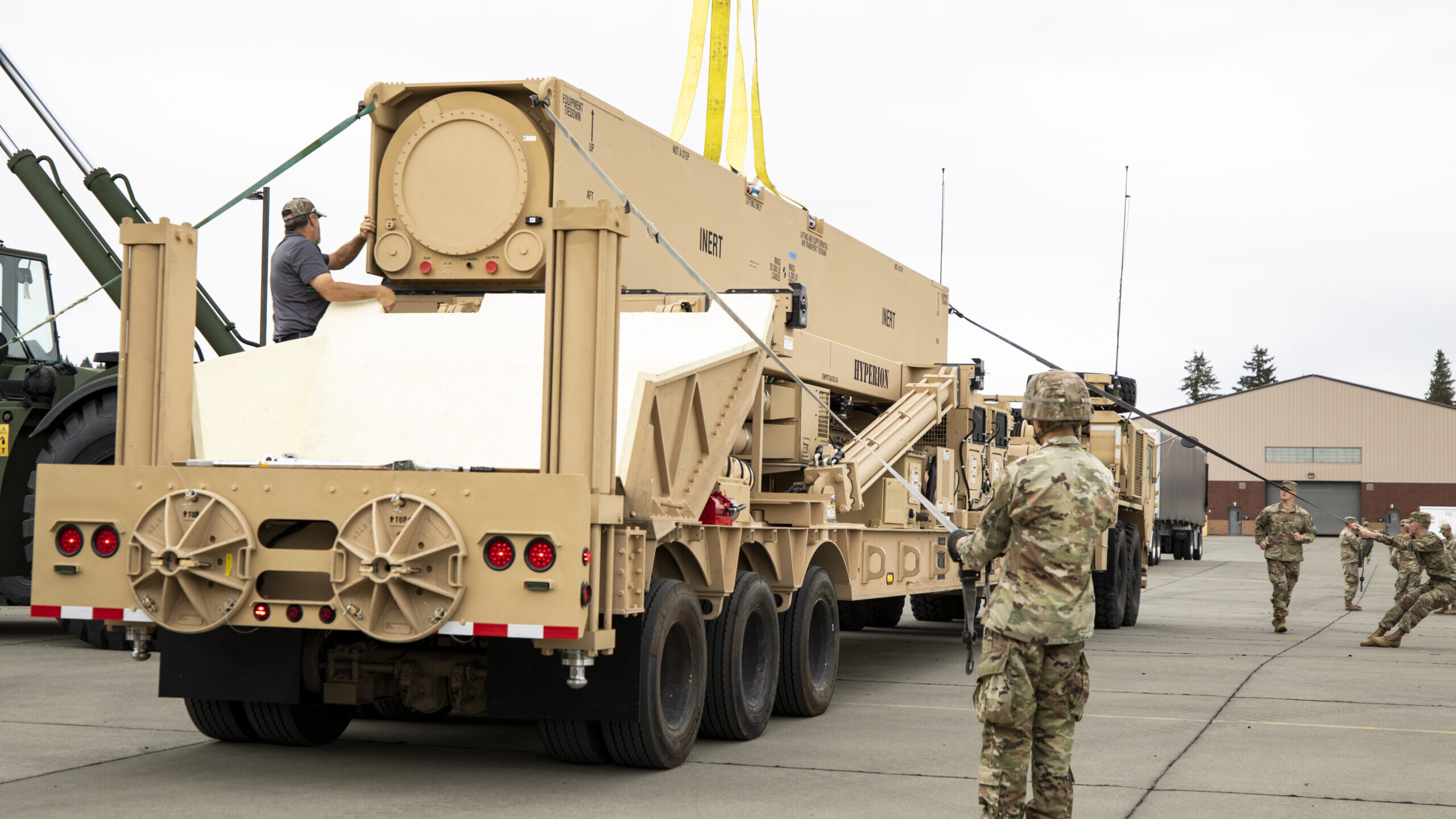 WASHINGTON: The US Army announced Thursday that soldiers had received the first prototype hardware for its Long Range Hypersonic Weapon, dubbed “Dark Eagle.”

While it didn’t include the missiles themselves, the delivery is a significant milestone for the Army’s Long Range Precision Fires effort, the services top modernization priority as it pivots to near-peer threats and the Indo-Pacific. The equipment was delivered to the Army’s I Corps’ 5th Battalion, 3rd Field Artillery Regiment, 17th Field Artillery Brigade at Joint Base Lewis-McChord, Wash.

The effort is led by the Army’s Rapid Capabilities and Critical Technologies Office and will provide the service with a ground-based hypersonic launch capability. According to the Army press release, the delivery of the the new hypersonic hardware began in March 2021 and finished in September. The package included a battery operations center, four transporter erector launchers and modified trucks and trailers that make up the LRHW ground equipment.

“Today marks an important milestone in equipping our nation’s first hypersonic battery,” said Lt. Gen. L. Neil Thurgood, Director of Hypersonics, Directed Energy, Space and Rapid Acquisition, who also oversees the Army Rapid Capabilities and Critical Technologies Office. “From a blank piece of paper in March 2019, we – along with our industry partners and joint services — delivered this hardware in just over two years. Now, Soldiers can begin training.”

As previously reported by Breaking Defense, the Army has stated that the Long Range Hypersonic Weapon can fly further than 2,775 km, or 1,725 miles. That means that if the LRHW was based in Guam, its coverage area would include Taiwan, increasingly a potential conflict zone.

The next step for the service is to train soldiers on the equipment, including unloading and unloading the system from C-130 transport planes, according to Bob Strider, deputy direction of the Army Hypersonic Project Office, who spoke at the Space and Missile Defense Symposium in August.

“We are moving very rapidly toward getting this capability put in place,” he said then. “We’re very, very confident that we’re going to meet our 2023 fielding date.”

The Army and Navy are developing similar capabilities, the difference being in the way the two services launch the missile. Both services are set for two Joint Flight Tests in fiscal year 2022, Strider said in August, with officials from the Missile Defense Agency in attendance as well.