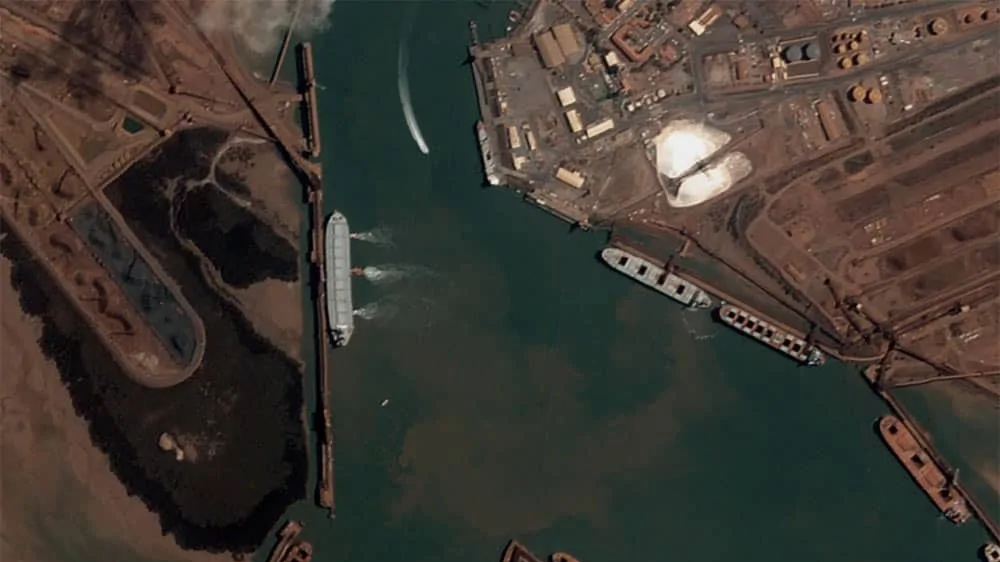 AUSA: The Army’s latest iteration of its year-old Scarlet Dragon exercise focused on using artificial intelligence tools to rapidly move data from sensors to shooters — including testing a first-ever capability to download imagery from satellites — according to Army and National Reconnaissance Office officials.

The ability to directly access remote sensing satellite data for targeting has long been a Holy Grail for the Army, which has for many years been frustrated by how slow the process is for getting intelligence, surveillance and reconnaissance (ISR) from US spy agencies.

“Sensing… tends to be where the slowest components” of the kill chain are, explained Col. Molly Solsbury, chief data officer for the Army’s XVIII Airborne Corps, told reporters today at the annual Association of the US Army (AUSA) trade show in Washington, DC. “We’re trying to get [data] from either electro optical or from synthetic aperture radar [satellites] to do very quick detects” to rapidly move that imagery to “ground, air or maritime assets.”

Thus, last week’s Scarlet Dragon, the fourth iteration the artificial intelligence wargame that the Army launched last September, was focused on how the Army can better use remote sensing satellites and AI/machine learning tools to enable very long range targeting. It also focused on ensuring access to satellite bandwidth for communication and data transmission, she explained.

NRO is charged not only with developing and operating spy satellites, it also is responsible for buying imagery from commercial remote sensing satellite constellations for use by the rest of the US government.

Banik said that NRO intends to continue developing that capability to be able in future to ensure that it can be used routinely by the services.

Solsbury confirmed to Breaking Defense that the Maxar and Blacksky downlinks were tested during Scarlet Dragon 4.

Beginning with the previous Scarlet Dragon exercise, held in June, Army planners realized they hadn’t been adequately focused on training for using imagery from SAR satellites — which unlike electro-optical sensors can provide imagery through clouds and at night — or for operating in an environment where access to bandwidth for communications and relaying imagery was constrained, Solsbury said.

“Those two things in particular” became “learning points” for the Army to focus on for the future. “We’ve taken some really powerful steps forward over the last couple of months and I think that by 2022 we’re going to be in pretty good place,” she said.

Scarlet Dragon is feeding into the service’s flagship Project Convergence experiments designed to develop the systems and operational concepts the Army will use to implement DoD’s Joint All Domain Command and Control (JADC2) strategy for managing future global conflicts with China and Russia across all domains of warfare — air, land, sea, space and cyberspace.

The services all brought to the table their own software and hardware, being developed under their own industry contracts, for testing during the exercise, Solsbury explained. In addition, Combatant Commands, especially Special Operations Command, participated via tech they are testing under no-cost Cooperative Research and Development Agreements with industry partners.