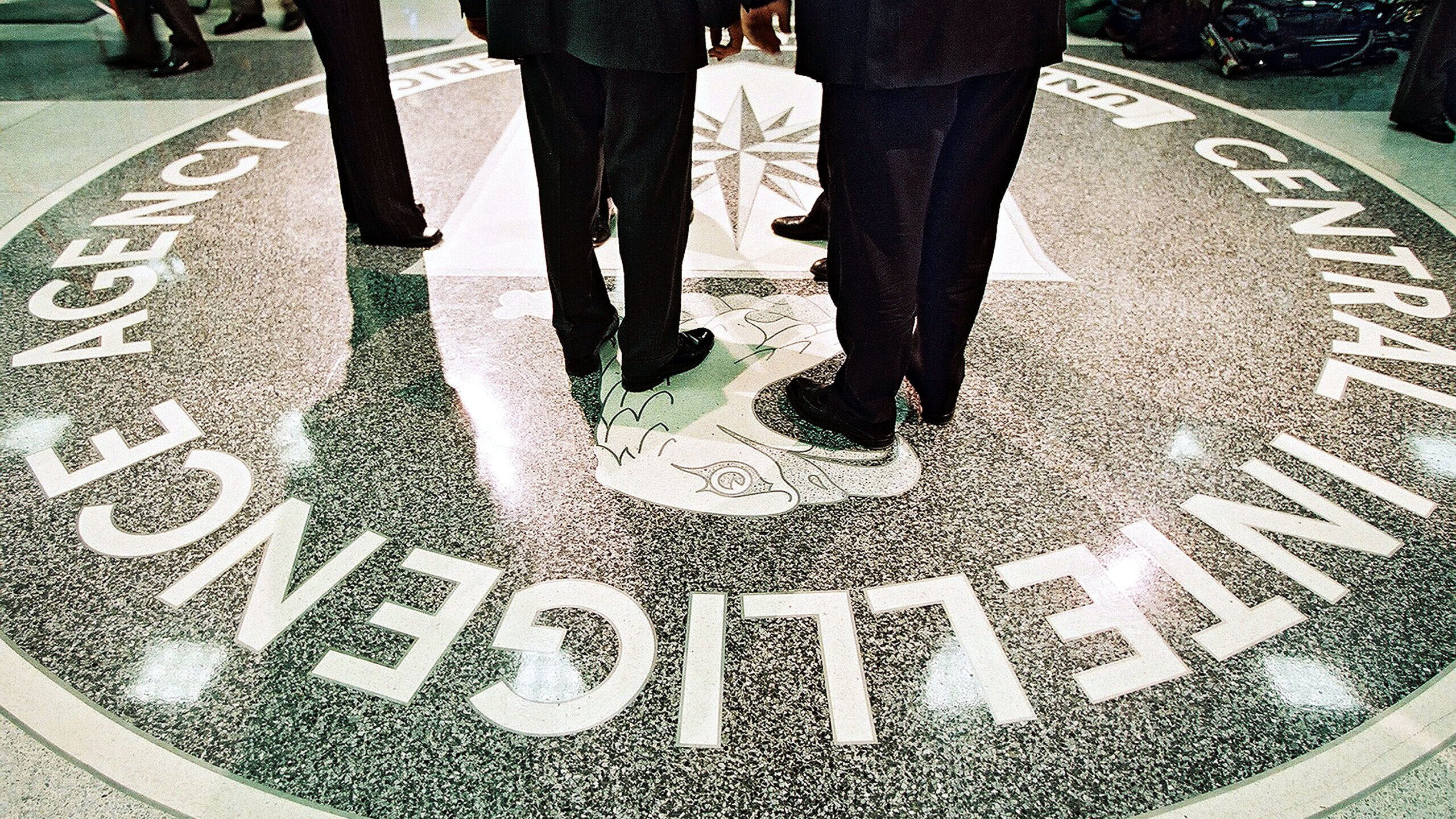 The CIA seal on the floor of CIA headquarters in Langley, Virg. (Pool Photo by David Burnett/Newsmakers)

WASHINGTON: The House Intelligence Committee passed its version of the 2022 Intelligence Authorization Act on Thursday reflecting the committee’s priorities for fiscal year 2022 via a laundry list of items, ranging from Afghanistan and China to gray-zone competition and “unexplained aerial phenomena.”

“One of our committee’s principal responsibilities is crafting an Intelligence Authorization Act that keeps our country secure while ensuring the Congress’ ability to conduct vigorous oversight, protect civil liberties, care for our personnel, and provide for the resources intelligence professionals need to safeguard national security,” said House Intelligence Committee Chair Rep. Adam Schiff, D-Calif., in a statement. “The bill passed out of the committee today is a strong bipartisan package.”

The full text of the finalized bill was not available at press time, but according to a summary published by Schiff, the bill’s provisions include one requiring the Intelligence Community to produce a National Intelligence Estimate — considered the IC’s “premier analytic product” — on the risks and opportunities around Afghanistan over the next two years, as well as reporting on the Taliban’s expected relationship with China, Iran, Pakistan, and Russia.

Since the US completed a full military withdrawal and closed the US embassy in Kabul in August, some lawmakers have expressed concern about the US’s ability to conduct over-the-horizon (OTH) missions to effectively combat terrorist operatives who will find safe haven under the new Taliban regime. OTH activities include intelligence, surveillance, and reconnaissance (ISR) operations. Without a significant — if any — presence of US spies on the ground in Afghanistan, ISR activities will rely on air and space assets, as well as cyber and signals intelligence (SIGINT).

But cyber and SIGINT depend on access to communications networks, and local reports suggest the Taliban destroyed some communications infrastructure during its march to Kabul earlier this year. Since taking power, the Taliban has cut internet access, if only temporarily, in Kabul and Panjshir province. Such moves effectively block the US — as well as China — from conducting operations on those networks.

Separately, the bill requires the Federal Bureau of Investigation to perform a security assessment of any Chinese product or service before buying it, reflecting broader concerns about the potential of Chinese cyberespionage.

In addition, the bill requires the IC to conduct a National Intelligence Estimate on US gray-zone competition with China, Russia, Iran, and others. Gray-zone activities refer to perceived hostile behaviors that fall short of justifying a kinetic response. Cyberspace is a prominent domain of gray-zone competition.

Another notable priority is investigating “anomalous health incidents,” referring to so-called Havana Syndrome. US intelligence and diplomatic staff in recent years have been targeted both at home and abroad by some type of attack that has caused brain injuries, vertigo, tinnitus, and a slew of other symptoms. Some experts believe Havana Syndrome is the result of directed energy attacks.

Cohen was asked last month about the CIA’s progress on investigating Havana Syndrome, to which he replied, “We’ve gotten closer,” but “not close enough to make the kind of judgment that people want. We’ll get there. I can’t tell you whether it will be tomorrow, next week, or six months from now. But every piece of intelligence we collect on this helps build out the picture.”

The bill also requires the IC to share information with the Defense Department’s Unexplained Aerial Phenomena Task Force, “as they continue to investigate this mysterious threat to US airspace and our military forces.”

The House bill now moves to the floor for debate and a vote before Congress begins reconciling it with the Senate’s version.